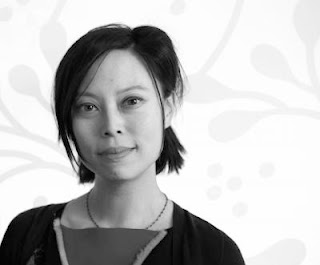 Friedrich Schlegel as a young dude was adept at netting the words that were in the air – and a lot of them were in the 1790s. Thus, in his essay on Greek poetry, he netted the word “interessant” – interesting. In Kant’s critique of judgment, the aesthetic realm was distinguished from the practical realm by its dis-interest. It was not interested in money, science or ethics, in itself. Schlegel took this to be a description of art in its “objective” state. Being a German romantic, he connected German philosophy to Greek culture – an often repeated move – and contrasted the objective art of the Greeks, an art that was natural and close to pure aesthetics, with the interested art of the moderns. That we label Shakespeare’s Hamlet and Sophocles Oedipus the King both tragedies is, for Schlegel, an error in the universal inventory – Sophocles being objective, and Shakespeare introducing the “interested” element.

The interesting – and self-interest – are, for Schlegel, hallmarks of the modern.

According to the OED, the etymology of the word ‘interest’ is mysterious. Until the sixteenth century, interest was spelled interess in English. It seems to have come from inter-esse, between being. Isn ‘t that the doxic object in its (non) essence?  It meant a claim on, a share in – what you give is what you take, potlatch rules. But the old French was interet, and it meant loss, or damage. Somehow, the “t” made its perilous way across the channel and stuck itself to interess. Which of course still meant share, claim, and contained economic meanings that would pacify Shylock – but it also broadened out to mean being curious about. Is curiosity a harm? Does the evil eye drill a hole in your soul? Or is the object or person or event claiming you? Or you, it?

Kant in the Critique of Judgement cut bait and decided that the aesthetic, at least, could not be reduced to the useful. The beautiful is without interest – although, with Kant, that moment of disinterestedness gives a satisfaction.Friedrich Schlegel, in his study of Greek Poetry, has his own sense of Kant’s beauty – beauty is not, to read Schlegel one way, for the moderns, precisely because it does not damage, it does not claim. It is an ancient ideal. The modern ideal is the interesting. Schlegel was 22 at the time he wrote his essay. He was in Dresden. It was the year of retraction – 1794-1795 in France. Schlegel was on that point in the arc of his career where he was tending rightward. He ended up, of course, as an old Metternich propagandist.

In the English and American culture of the nineteenth century, the interesting had little standing. Interesting never fell from the lips of a critic like Hazlitt, or Ruskin, or Arnold, who were uncomfortable with the implication – at its most radical – that there was no room, here, for judgment. That is, the interesting seemed merely interesting, with that mereness making for a degree zero of judgment. The Victorians were nothing if not judgers.

In the revolt against the Victorians, the interesting returns to represent, mysteriously, an aesthetic attitude, something I associate with Stein and Duchamp.

“As lan Mieszkowski underscores in Labors of

Imagination, the interesting for Schlegel is thus ultimately a matter of comparison based not on kind but on degree. "Since all magnitudes can be multiplied into infinity," Schlegel writes, "Even that which is most interesting could be more interesting .... All quanta are infinitely progressive" (35,72). There is thus a sense, as Schlegel's fellow Athenaeum contributor

Navalis notes, in which what is Most interesting is the 'presentation of an object in series-(series of variations, modifications, etc.).” Ngai, 122.

Schlegel’s idea here derives in part from the opposition to what he took to be the source of Greek objectivity – the search for the perfect. If we see the perfect as the contrary of the interesting, we get close to why it is such a modern – modernist – aesthetic mode, and why it is dogged by its own generated opposite – the boring.

Which is where I will leave this note.