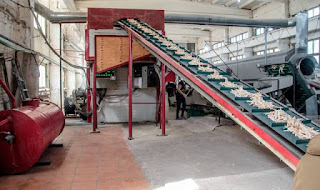 Stickied. A complicated thing for me. Is my discomfort with sticky hands somehow related to some old tabu about masturbation? The Freudian in me has always made that association, and, as is the nature of things Freudian, once the association is made, how could it not be true? However, it is also true that stickiness and the vaguely repulsive, the vaguely dirty feeling of stickiness – from the sugar ice dripping down the popsicle stick, or the honey that creeps up the spoon handle, or the glaze that comes off the glazed cinnamon roll – makes me want, neurotically, to go to the bathroom and clean my hands. What Dostoevsky character – was it Raskolnikov? – had the neurotic compulsion to clean his hands. Of course, Raskolnikov was not dealing with a grape ice – more pawnbroker’s blood. Still.

The thing that impresses me, nights, about the ghosts of popsicle sticks past, is the idea of the vast number of them – the forests, literally, cut down to provide those thin sticks, rounded at the ends, which serve such a small purpose that, in light of the sawmilled wilderness, one wants to ask: is this worth it? Was the spotted owl and the Carolina Parakeet driven to extinction so that American children, on hot summer days, clustered around swimming pools, could unwrap flavored ice water molded in the shape of dollhouse tombstones and suck them into their mouths, guiding them with the grip given by the popsicle stick? And of course that moment when you bite the stick itself, when the wooden taste comes through the melting last remnant of the ice. That taste associated with sweets, in my memory, American sweets – the industrial signature. The chemical signature, the signature of the wooden tongue depressor, itself moulded out of sawdust – most probably. I’ve never been in the factory where all the popsicle sticks are manufactured. No doubt there are many such factories. No doubt they were incountry when I was a kid, and are now in Southeast Asia, or Mexico. I can imagine fleets of these sticks meeting up with myriads of ice molds, somewhere, and once the conjunction was made, then came the plasticized paper wrap, printed with the company’s name.

Popsicle Industries of Edgewood NJ was the major producer of popsicles in the sixties, when I was a boy who ate popsicles,  or whatever the verb for devouring of this kind is, hidden in the vast OED no doubt. In 1986, the New York Times noted in a small human interest story that the company was phasing out its double stick popsicle. “The lost cultural icon in this case is the two-stick Popsicle, the sticky confection of syrup and ice that never quite split down the middle but always seemed just right on days when the sidewalks were so hot they could fry a set of toes through a pair of sneakers.”

On the sites where popsicles were constructed in actuality, popsicle sticks were involved in the struggle between labor and capital. In 1940, the Maine unemployment bureau had to consider the case of a middle aged woman, X,  who was employed as a “winder” at a popsicle stick plant. Her job was to pick out defective sticks as they went down the assembly line via a moving belt. She claimed that, after spending approximately 13 hours at her job, she began to suffer severe headaches and vertigo as she watched the endless rows of sticks go past her. She quit and applied for reinstatement of her  unemployment benefits, and the state of Maine had to decide if her excuse was justified. Should she sacrifice her health to the popsicle belt?

The state of Maine gave her a dispensation. A small victory for worker’s rights. Maine, at the time, hosted many “veneer” factories – this is where sugar maple, beech and yellow birch wood went to be made into toothpicks and popsicle sticks. And high quality plywood. All of which connected to the decentralized frozen novelty industry of my boyish days. I missed the big changes that occurred in the 80s – the great age of leveraged buyouts and squeezing profit margins, destroying local providers of popsicles and making them uniform, rewrapping them, adding vitamin C and new flavors, and launching advertising campaigns to compete against General Foods muscular attempt to monopolize the frozen novelty sector.

This all happened behind my back. My consumption of popsicles in the great summer heat of New Orleans and Austin in the 80s contributed less than ten dollars, I’d guess, to the frozen novelty sector revenue stream. Like X, I’d moved on to other ways of cooling my insides under the hot Dixie sun: namely, beer. The popsicle stick was not entirely removed from my material life: one summer I had a job, under my brother, in the maintenance crew of an apartment complex in Atlanta, and among my duties was emptying the garbage cans around the swimming pool. There, the popsicle stick competed with the coke can, the cigarette butt, the beer and liquor bottle, the wadded up newspaper, the discarded tanning oil tube, and other relicts of the animated life of the pool. Including the occasional roach (marijuana, not insect). The smell of old beer and cigarette ash overcame any vestigial nostalgia I might have felt on seeing the popsicle stick. Frankly, I didn’t give a damn.

And yet here I am, in bed in Paris, thinking that these veneer products were a clue to the great conspiracy of material life in twentieth century America. Where have you gone, Mrs. Robinson?