JR and SBF - It is Gaddis's world, we just live here 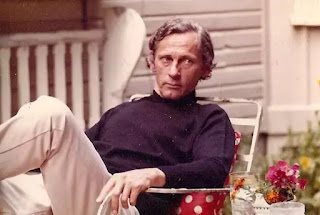 In the popular sport of guessing which novel, philosopher, poet etc. will be read a hundred years from now, the answer seems to be mostly – the novelist, philosopher, poet that I like. One likes to think one’s likes will be immortalized by others who are like oneself.

This is why I can’t say if J.R. will be one of those novels, like Moby Dick, that re-emerge after a hundred years as one of the major works, one of the touchstones of literature, American division. I can see similarities: Moby Dick is encyclopedic, and includes everything from a glossary to reflections of a cosmic nature. J.R. is encyclopedic in its way too – it parades such tag ends of culture as Mozart’s letters and the highflying vocabulary of hyper-conglomerates, fall out shelters and the privatization of education, etc. etc. Moby Dick’s characters engage in dramatic dialogues, where’s J.R.’s characters engage in dialogues in which misunderstanding, misspeaking and in general the failure to communicate is the standard of all communication.

But it is not only the unique way Gaddis finds to link together his story, but the story itself, that seems to say something about the America we all know, who have lived in the United States in the last fifty or so years. At the center is a little boy, JR , who – though a mechanism not dissimilar to any of the great swindlers and boy wonders of American capitalism of the past decades – amasses an imaginary fortune on Wall Street. Since J.R.’s voice has not broken, or is breaking – since he’s a boy child – he has to buy and sell using a dirty handkerchief, which he puts over the phone to disguise his voice. And because he needs an adult to help him, he ropes into his scheme a music composer who is a scion of old wealth come down on its downers with the significant name of Bast, which might or might not have anything to do with Forster’s Leonard Bast. But this way of telling the novel, book reporting it, does not convey the experience of the novel. It is huge, and, unfortunately, one reading is not enough. Myself, I started it and stopped it and then, for some reason, picked it up again when I was in the mood, and I was simply astonished by what the novel does. It is never referred to when the tycoons go down, the Milikans or the Lehman Brothers. Shame, that, as Gaddis clearly saw that buying junk – whether junk bonds or junk real estate or whatever – gave you leverage to keep going and blow a financial bubble, and it could be done by a twelve year old boy whose slang and abbreviated speech is taken as the height of financial genius by the press. The special lingo of, say, crypto currency buffs would fit right into JR. And JR has a natural eye for business as an elaborate board game, cause he is a boy who likes to play games and read the back of comic books and junk mail. The junk mail comes in fast as he takes one stock that his class bought and builds an empire of investing on it.

‘See, I read in this thing where you sell everything and lease it right back off the people you sold it to on this like ninety nine  years lease because I mean who cares what’s going to happen in ninety nine years , see so then you stay right in business and get to keep on losing money  just like before only now you have all this here cash.”

I imagine if you took, from this 700 plus page book, all the dialogue of J R, who gets it all from the junk mail he so happily receives – using Bast’s address – you could make an encyclopedia of every get rich quick scheme that has made America the showplace of financialized capitalism. Including such items as integrating old folks homes and medical supply companies to create stores in these homes for the clever prosthetics limb shopper.

The SBF fuckup is special, in one way: apparently all the wisemen of silicon valley and private equity grandly overlooked that the man’s companies didn’t even have real boards. They overlooked the fact that SBF, much like JR, played video games while he was conferencing to get funding from various hotshots. All, of course, via zoom. Gaddis must have looked down from heaven and smiled a big smile. He predicted it all.