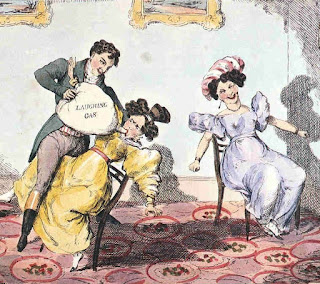 I have lately been feeling pity for the word “excite”. The origin of the word is respectable, and even stuffy – from cite, or move, come forth. Cite appears in English first, as a legal term: a summons. Excite is a summoning too, but one that was connotatively associated with the body. When I learned French in high school, one of the things we were told that made us giggle is not to use “excite” in French, since it was vaguely sexual – a summoning of the libido.

To me, as an American, exciting is associated with more innocent things, or at least libidinously compensatory activities. “Isn’t this exciting” was inevitably ironic, for high schoolers. It was the type of thing the Sunday School teacher said about some dreary game meant to amuse us and edify us biblically.

Exciting still carried that whiff of the bogus, that eyeroll quotation marks, into the eighties. But at some point – perhaps when business schools overtook the humanities as the degree of choice – exciting was revived, a gadget for the new age of Babbitry. It was not only revived, but it started its march towards omnipresence. You could not announce you were taking a dump without saying that you were “very excited by the opportunity to take this dump.” If you were freelancing, and you have, as you must, a twitter account, you must always announce your feeblest initiative by saying how excited you were by it. Trevor Noah, for instance, wants you to know that he is “excited to announce my new 2020 tour dates!” Just to announce the dates! As a tv personality, you would think that he would be a bit blasé, but not Trevor. Bill Gates is “excited” about everything: about Boston Mills new “innovations” in steel production, about technology to “fix” flaws in photosynthesis (a big agro-business moneymaker that is “exciting” because it will, of course, help “poor people”), he’s excited all over the place about innovation. Anybody who has anything to announce nowadays – that they are taking a job or quitting a job, that they are going to school or just that they are one degree above comatose – must be “excited” to announce it. They are never sad, or indifferent; they are never simply announcing, telling, whispering, purring, etc. No, they are always excited. We live in a population that is carbonated on excitement, with bubbles of excitement entering their blood stream every second. You can hardly nail us down – so much are we jumping for joy.

All this excitement leads to a curious letdown feeling, in actuality. It is as if we have exhausted surprise itself, and nothing is exciting, since everything is. I do not deal in predictions, since I am so bad at them, but still, I’m excited to announce that I think excitement is about to take a turn for the less frequent. In the future, people will not be excited to announce anything. They will be, perhaps, ecstatic, orgasmic, or on the edge of their chairs; they will be cool, they will be beady eyed, they will be stoic, they will be anything but excited. This might seem impossible. It might seem like excitement and excited are set in stone, and that the seven habits of highly excitable people will follow us to the flooding of the coastal cities and beyond. But change is possible!
And I’m so excited about it!