autofiction and the prime of Muriel Spark 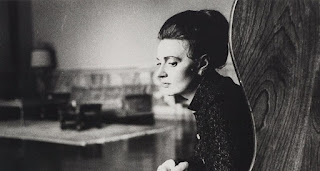 Write what you know is the advice of the writing class. Write about who you know is the mantra of the gossip column. Surely these two maxims are meant to meet – and the meet will be cute.
The name for it now is “auto-fiction”. Its great predecessor, always wheeled out to impress the rubes, is Proust. And who can deny that the Marcel of In Search of Past Time bears a striking similarity to that man in the cork lined room at the end of the line, caught in his web of words?
There’s an amusing story in the New York Times about the autofiction feuds of Norway. Norway is the featured country at the Frankfurt Book Fair this year, and this has produced a thin stream of stories surveying the literary scene in that country of 5 and a half million people. Not a lot of people up there, clustered around the fjords, but there are many writers, including international star Knausgaard, the king of auto-fiction if there is one. The story is, thank God, not another warm-over of the Knausgaard story, but instead features a  bookish shootout going on between two sisters, one of whom wrote an auto-fiction about growing up with an abusive father and the other of whom responded with a novel about growing up with an abusive drunk for a sister. In other words, look who’s talking.

One year after the publication of her novel “Will and Testament,” the Norwegian author Vigdis Hjorth was at home with her two daughters when she received a surprising email. Hjorth’s widely read 2016 book, which tells the story of an Oslo woman who accuses her father of sexually assaulting her as a child, and which was seemingly inspired by elements of Hjorth’s own life, had spurred a debate in Norway about the ethics of adapting real events into fiction.
The email informed her that her younger sister, Helga Hjorth, was publishing a novel of her own. The sister’s book focused on a woman whose life was upended by the release of a dishonest sibling’s autobiographical novel, and seemed to be an answer to “Will and Testament.”
“The older sister in that novel is an awful human being, very cruel, narcissistic, alcoholic, psychopathic,” Vigdis Hjorth, 60, said in a recent interview. “And, you know, as bad as she was, I thought, ‘This is good for me.’”

This is good for me – that’s the spirit! All of this is extremely pleasing to my current mood. I’ve just finished Loitering with Intent, a Muriel Spark novel that skates circles around the auto-fiction device before it even wore that name. It is, if you will, a meta-auto-fiction, a tendril from the great root of Don Quixote, in which, as is well known, Don Quixote has to struggle with the fake Don Quixote conjured up by some other author after Cervantes had published the first volume of the work. That characters walk abroad in this world is no news to novelists, but is a perpetual surprise to journalists. While she was writing the novel, Spark said in an interview that it “sort of sums up my life”. She didn’t say it was autobiographical however: the summing up of a life comes in different disguises, as every tax accountant knows.
I’d put Loitering with Intent on the shelf with At Swim-Two-Birds – they form incongruent counterparts, like the left and right hand.
The rest is at willettsmag.