On writing and obsession 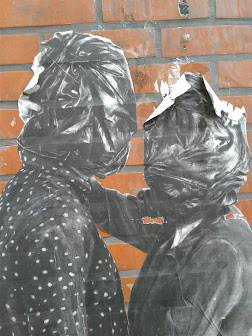 As a writer, I have as little talent for staying on topic as a Mexican jumping bean. This rather subverts my essays in generalization. I get philosophical, I get argumentative, I get distracted, I head straight for the wrong goalposts.

However, as a writer, it must be said that there in one great thing about obsession: you don’t really have to worry too much about staying on topic – you will inevitably find your way back to the topics of your particular cancer. You will inevitably bump against the shore you are seeking, which will, unexpectedly, appear in Shakespeare, or a news story, or a burst of static on the radio. This is a good thing, until it becomes a very bad thing.

The OED claims that obsession derives from the latin for sit opposite (ob -session). It is interestingly different from possession, with the idea that some devil is within the self, taking control. Obsession is the devil sitting outside the self, but fronting the self, always there in one’s line of vision. In Freud’s vocabulary, obsession is paired with compulsion, compulsive thinking – Zwangsvorstellung. That pairs it, ultimately, with possession. Obsession, I’d contend, contains a space that possession abolishes. Which is why I think writers need not fear cultivating obsession, but should fear the devil’s leap from the other side into one’s self. Or is this some unalterable sequence in the structure of obsession? And isn’t there something about “sitting opposite” that reminds one of the caricature of the therapeutic situation?

Being obsessed with obsession today, I turned to psychoanalysis. This is from a recent paper on obsessional neuroses:

“Obsessive neurosis manifests itself through conjuration rites, obsessing symptoms, and permanent mental rumination, in which scruples and doubts interfere with action. It was the French psychiatrist Jules Falret (1824-1902) who used the term obsession to highlight the fact that the subject is affected by pathological ideas and a guilt that obsesses and persecutes him, to the point of being pejoratively compared to a living dead.” (Ronaldo Chicre Araujo, Welerson Silva Carneiro and Gabriel da Costa Duriguetto).

That doesn’t sound good. However, it does sound, to an extent, helpful: in as much as writing, here,  is a substitute act, a succedaneum for power – power being the act in full, outside the text. As if, my inner Derrida sneers. Figuratively attacking one’s enemies is a rather voodooish thing – sticking pins into figures.

I can’t imagine writing without obsession. Like any neurotic, I cling to my wrecks – don’t take them away from me! It does make me wonder if there is literature beyond obsession. My question of the day.

Bruce said…
And history, as well as literature.
8:31 PM