Flaubert's agon - and ours

Roger Gathmann November 24, 2021
One of the great modernist tropes is writing as the scene of the agon – Flaubert’s famous throes of despair on his sofa as he tears apart and rebuilds a single page in Madame Bovary is the hero, here. I think that moment has been insufficiently connected to the spread of literacy in the early modern era. Literacy did necessarily meanb the ability to write – in France, for instance, many girls were taught to read but not to write. However, that di-symmetry soon passed. Reading and writing, for us products of the nation state’s school system, seem irresistably attracted to each other, unlike, say, music and being able to read and write music. We have a hard time, now, imagining reading without writing.
This is why Flaubert’s case is something recognizable not only to the working novelist, but to all us itchers after the written word. As an editor of academic texts, I run into it in the highest reaches of the written. But the other side of the story is writing as an irresistable compulsion. Don’t take my word for it – look at the trillions of words freely poured out on the internet, writing that issues from no professional demand. Myself, I can step out from the billions who do this and offer my own not so unrepresentative experience of graphomania, in wh 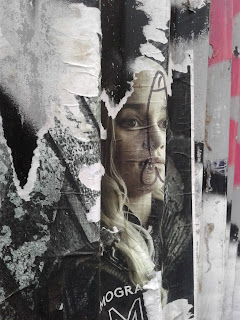 ich the terms are reversed, and one suffers from the agon of not-writing.
I don’t know how far back my scribbling disease goes. I do know that by the tie the Internet reared up and ko-ed me, I was a definite notebook man, trailing acres of crabbed script around in all these ruled and unruled notebooks which promised, deceitfully, on the blank front page, to be the place, finally, where life and writing would converge. Most of those notebooks I’ve lost over the years – some I’ve stored here and there. There’s a shelf of them in the room in which I am typing this. They lay there, one heaped on top of the other, full, I know, of fervid, cribbed script in no particular order. I have learned, over the years, to write on the computer screen, but the fine flights of pixels there sometimes must start from a more traditional pen on the page. I’m not sure, any longer, which one is closer to my voice, or what my voice is, or sounds like.
I am not a “thought is language” mook – of course thought can exist unthought and unvoiced, just as an unfledged bird can exist in an egg. However, the more one writes, the more the transition from thought to writing begins to change. Or, rather, scratch that, the more the revolution takes place, the transvaluation of values. Thought, which was once the master of writing, becomes increasingly the excuse for writing – rather than boarding the train of the sentence, the sentence hijacks the train of the thought. It is as if, in the movie in my head, I’ve increasingly become more interested in the subtitles than the images. Give me the subtitles alone! I shout, sipping my coke and downing my popcorn there in the reaches of the velvet darkness, the illuminated womb.
I don’t think I am describing the existential position of an effete literatus here, either. Every self help book, at some point, advises writing things down, under the pretence that this will materialize one’s attention – as if that attention were some pre-existent, ambient thing. There are millions of live diaries, tweets, fb posts, comments in comments sections, etc., indicating to me that there are millions of people who write not only because it is required by whatever they do to bring home the bacon, but because they need to write.
Although email assassinated the US Postal service, I don’t accept the idea that it assassinated the letter. I have received thousands of letter-like emails – a thousand-fold more than the actual letters that I have received in my life. And children, my life has been long – I’m an ancient mariner who remembers the days of stamps and envelops.
Getting back to an earlier point – if in the 17th century there were thousands of people who could read and not write, perhaps more than could do both, in the Internet age a weird inversion has occurred. Of course, the people who write, now, can read, but I suspect the decline in reading that thumbsuckers so lachrymosely lament in the papers and the high concept journals is connected to the veritable explosion of writing. I read many e-books, they have long overtaken my reading of paper books, and I admit that it is a different experience. A less calm experience, a more crowded experience, more of an orgy than a monkish sitdown. There that certain current of impatience that nags the old placid, passive flow of the reading. Partly, of course, this is because my computer connects me up to the aforesaid trillions of words, so I suffer from over-choice. But partly too from the consciousness that I could be reading some irritating thing on the New Yorker blog and writing about it. It is as though I am chafed by the restraint of being a mere reader, a bystander.
This is writing as a pathological condition. We’ve moved on from Flaubert’s agon. We look back and envy him.