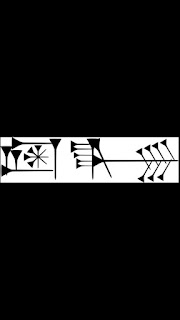 Zombies don’t seem to shit. And they are absolutely null as lovers. In my cosmos of pop horror, we have, at the top, the aristocratic vampire, then way down in the middle manager region, the serial killer, masked or unmasked, and finally, at the bottom, the lumpen prole zombie. Of course, the zombie originally had some dignity, some whiff of the escaped slave, the marooned undead, but that was before it became a mere target, as dramatically interesting as a dartboard.

The most interesting thing about the current takeover of pop culture by the zombie is: how it represents a certain despair about freedom. Freedom, which was so important in the Cold War that nuclear missiles were built to defend one or another conception of it. In other words, freedom was so important that human beings, or certain of them, were willing to extinguish the human race for the sake of it.

The missiles are still there. They exist, now, at the periphery, in their cobwebs, and doubtless, like the fabled gun in Chekhov’s notion of drama, they will go off at the last act. But it won’t be, I think, because of freedom, or somebody’s idea of freedom.

In the Golden Age of the Free World, the idea of freedom entered into the way people thought of their lives, acted in their lives, fashioned their sense of the civil existence. In the U.S., it was as if the nuclear bet committed the people to a certain demand – the end of the world as we know it had to be worth it. It couldn’t be simply a power grab – although in the back of the consciousness of the intellectuals, this was certainly a dark possibility. There was a flowering of interpretations of freedom, from the existentialist variety down to the Rawlsian bureaucratic variety.

In the U.S. and Western Europe, freedom’s performative style was set by formerly marginalized, subaltern groups – notably blacks, women, gays, and the formerly colonized. The third world in the first world, the organizations all the security organs – the FBI,CIA, military goons and the police – were afraid of. Ah, the years of the urban guerilla! You can read about it now in a thousand extinct “underground” journals and newspapers, digitalized in all their groovy wavy gravy. The assumption all were going under was: freedom is a universal. All peoples have always valued freedom.

Anthropologists, however, were not sure. There was a school – and not only on the right – that held that freedom was a unique product of ancient Greece.

Which gets me to David Snell’s book: Flight and Freedom in the Ancient Near East.

Snell targets the Greek-o-centric story about freedom, from the direction of Mesopotamia.

“Material from ancient Mesopotamia, ancients outhern Iraq, allows one to suggest something more radical, that the Greek understanding of freedom was not a unique and miraculous phenomenon,but one that can be paralleled elsewhere. I am not prepared to survey every known culture and language group,nor do I think that such an effort would be helpful. Rather I wish to pursue a test case in some detail because a great deal is known about Mesopotamia.”

I, the great King Tabarna, have taken the grinding stones from the

slaves, and I freed them from contributions and corvee. I have

loosened their belts and given them to the Sun-goddess of Arinna,

The fashionable term in the litcrit world at the moment is fugitive. I associate the fugitivity thematic to Fred Moten, but the term is part of a semantic field involving flight that started in the Cold War era. Such ur-Cold War texts as Anti-Oedipus and Mille Plateaux took an eclectic approach to concepts, and stole the lines of flight and territorial notion from the ethology at hand – which, on the right, was popularized by writers such as Robert Ardry. It is out of such materials that the canonical Cold War notions of freedom have been reconfigured.

This re-emplacement of freedom opposes the conceptual structure that posits the notion of  positive and the negative liberty a la Isaiah Berlin. The latter, of course, negative liberty, the freedom to be left alone, was used to attack the former, which was the freedom to thrive in relation to the increasing wealth of one’s society. That attack defined the “Free World” in general against the Communist world. We keep on rocking in the free world by defending ourselves from the state and pulling ourselves up from the bootstraps without state interference. The intellectual structure created by the Cold War liberals has slowly become less plausible in the neo-liberal era. I find it fascinating that the New York Review of Books, one of the great organs of Cold War liberalism, has recently published attack on both   the idea of the counter-enlightenment (by Kwame Appiah) and the idea that positive and negative liberty really conceptuallly divide the discourse on freedom (by Pankaj Mishra). Surely for those oracle watchers looking for shifts, this is one – as significant as the #metoo  driven fall of the Old Boys.

I don’t claim that Daniel Snell has been moved conceptually by Deleuze and Guattari, but it is true that his book, Flight and Freedom in the Ancient Near East, presents us with a different geneology of freedom that echoes the, ahem, position of freedom now. To be all serious as shit about it. Snell takes aim at a tradition that locates the “Western” conception of freedom in Greece, and that still goes by the bannering notion of freedom announced, in the Classical Liberal era, by Lord Acton’s 1877 essay, Freedom in Antiquity. Acton defined liberty in high Victorian terms: "the assurance that every man shall be protected in doing what he believes his duty against the influence of authority and majorities, custom and opinion." Which is a fine definition. But is it anthropologically pertinent?  The history of the project of tracing freedom from Antiquity to the Modern Age seems to be, as well, the history of defining what the “West” is. The West is a construct that is both different and universal – its the conceptual infrastructure of colonialism. By a retrospective annexation of ancient Greece, the project moved forward to other, more contemporary, annexations.

Snell does not dispute the interesting Greek articulation of freedom. He ponders  the etymology of eleuther – the Greek for free. – which some etymologists connect to leudhero, belonging to the people. Snell prefers, however, another etymological suggestion – that the word is related to the future of to go, eleusoma. In Sumerian, the word for freedom, amargi, is related to movement: return to mother. Which gives us andurārum, returrn to an earlier status. It is the turning and returning, the movement, that interests Snell.

Snell’s idea is that freedom, in the Mesopotamian context, has to do with escape – fugitivity – and debt. Although early Mesopotamian societies did sponsor slavery, the majority of the laborers were serfs. Freedom, for the Mesopotamians, is imbricated with debt. Forgive us our debts as we forgive our debtors was the ultimately emancipating principle. To put this programmatically (and hyperbolically), jubilee precedes emancipation.

This is a line of thought that is echoed by David Graeber in his book on debt. It is a line of thought that rearranges the field, so to speak. To cut along the joints of the concept of freedom, here, we do not look to definitions deriving from the Victorian sense of property, or the Eighteenth century fetishism of contract, but we look at the real, felt bonds of ordinary existence, with an emphasis on bonds – debts – and the way enslavement and escape are related as two parameters of the socially lived experience of freedom and its lack.

The “return to the mother” as an image for escaping debt is certainly a little surprising from the psychoanalytic point of view, but from the feminist critique of patriarchy, it makes for an intriguing intersection between an economics founded on debt and credit – our current situation – and overturning the domination of phallocentric rules.

inscription from pre-Sargonic Lagas that may be dated around

2500 B.C.E. The ruler Enmetena boasted that he "canceled

obligations for Lagas, having mother restored to child and child

restored to mother. He canceled obligations regarding interest bearing

loans." His language plays on the literal meaning of the

term for the freedoms he was establishing in that he mentions

restoring children, the etymological origin of the term for freedom or "canceled obligation."

These notions of freedom seem much more relevant to our daily lives as we crawl out of the ruined year of plague. Perhaps it is time for our political philosophers to catch up with Enmetena.