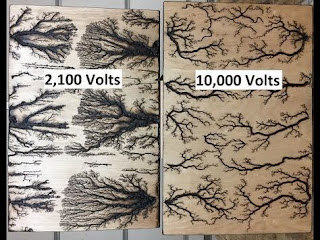 “Nobody will deny that in a world in which everything is connected through cause and effect, and in which no miracles ever happen, each part is a mirror of the whole. If a pea is shot into the Mediterranean, an eye that is sharper than our own but infinitely less fine than the eye that sees all would be able to trace the effect on the coast of China. And what other is a particle of light which contacts the surface of the eye compared to the mass of the brain and its nerves?” This is one of my favorite passages in Lichtenberg. It expresses a great idea, a fantastic idea, the imagery of which has a sort of hypnogogic flickering, as though Lichtenberg had magically been able to recover one of those great ideas that one has just as one is falling asleep, which are forever lost to the consciousness that wakes the next morning.

I often think of this passage when I read someone assessing the importance of an author or event, especially when they do so to make some invidious point. I thought of this when I read the nasty and falsefooted essay attacking Greenblatt’s The Swerve by the head of Harvard Publishing, Lindsay Waters in a Boundary 2 issue from several years back. Waters essay is an excellent example of the American habit of ranking, and then of attacking the ranked for being ranked too high, as though we were all perpectually taking our SAT.  This passage, for instance:
“English professors have been proclaiming for decades that they were disseminating subversive ideas that would shake Western civilization to its foundations. They wanted to shock and awe the bourgeoisie. Yet, look who has rocked America and the West to its core: economic theorists, bankers, and accountants—a curious turn of events. Robert E. Lucas Jr. and Thomas J. Sargent, whom I published at the University of Minnesota Press decades before they won Nobel Prizes, were leaders in the production of ideas that deconstructed the international economy. By comparison, the impact of de Man barely measured on the Richter scale.”

Poor De Man! He probably didn’t even know that the chief of the Harvard University Press had a machine that could give us a Richter reading for events! Although one suspects that perhaps Waters doesn’t exactly understand his own machine. Certainly the description of Lucas’s work has a certain distinct odor of bullshit. “Deconstructed the international economy” did he? I can’t imagine that Lucas thinks of himself as deconstructing the international economy. As far as I can tell, Lucas is mostly connected with the model of Dynamic Stochastic General Equilibrium and the idea that expectations of economic actors are affected by government regulation in such a way as to make such regulation broadly inefficient. I wouldn’t exactly say this rocked Western civilization to its core. On the other hand, Waters seems to have a large experience of drunk English professors – because I’ve never read a sober one, beginning with De Man, who promising to shake Western civilization to its foundations. De Man, for all his sins, saw what shaking Western civilization was all about in the 1939-1945 period. Famous for deconstructing the international economy – at the point of a gun.

However, it would shake Western civilization to its foundations if we had some richter scale for the effect of every pea that was cast into the ocean. Contra the head of the Harvard Press, however, I think we can say apriori that such a scale, and the mechanism for applying it, doesn’t exist and will never exist. What Meso-American savant would have guessed that a King and Queen presiding over a podunk peninsula were about to shake the whole order of things by financing the idea of a ratty Italian ship captain? Perhaps the apriori will be reversed when Christ and the Angels descend to earth and begin to judge the quick and the dead. But even in this case, I would bet that Lucas and de Man would be judged to have different effects on different people for different reasons. As would, say, Oprah, Dale Carnegie, and the scribe that wrote the ancient Egyptian Tale of the Shipwrecked Sailor. No one scale will apply.