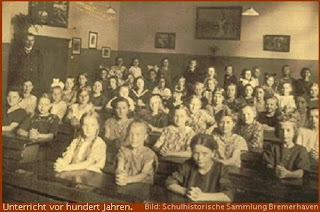 “The fantasy idea that a “child is being beaten” is confessed with surprising frequency by persons who have sought out psychoanalytic treatment either for hysteria or compulsive neurosis”.

Freud’s essay, “ A child is being beaten: contribution to research on the development of sexual  perversion” is from 1919, the metapsychoanalytic years. It has not received the love that, say, the essay on narcissism has, but it seems relevant to the current moment. From the Satanic ritual abuse panic of the nineties to the Q panic of the 2020s, the frequency of a fantasized vision of child abuse at the center of a theory of a vast conspiracy is striking. It is a theory that has become a means of identification in the United States. The child abuse image has a long history in the cycle of moral panics that have modulated American history. Mostly, it is classed with a certain grassroots anxiety not shared by the higher social echelon – but that echelon is certainly capable of being moved by fabricated images of child abuse. In 1990, a public relations firm closely tied to George HW Bush placed a 15 year old named Nayira (who turned out to be the daughter of the Kuwaiti ambassador, although that was kept secret during her testimony) who claimed to have witnessed Iraqi soldiers tossing newborns out of incubators in order to carry them back to Iraq. The story was a huge fabrication, but the NYT credulously reported it and Amnesty endorsed it (and later, shamefacedly, unendorsed it). This was the same time period in which trials were emerging all over the country of day care owners and  low level police officers, among others, accused of practicing ritual Satanic abuse and slaughtering children in gruesome rituals. The Q variation on this story – of thousands of abused children being used for sex by prominent Democrats and hidden, I believe it is, in caves – is connected to some of the same people – notably, Geraldo Rivera.

What’s up with this recurring fantasy?

This isn’t to say pedophilia is a fantasy. We’ve been through the stories of the Catholic church, we’ve been through Jeffrey Epstein, and here in France we’ve been through a number of individuals who have raped girls or boys and still been in positions of power and influence. But the fantasies are curiously indifferent to this reality. It was Satanists, and not the good fathers of the Christian Brothers, who were supposedly raping six year olds. It was the Democrats, and not the President who had the well publicized habit of popping into the dressing room of Miss Teen World to have a look around, who were the pedophiles operating through pizza parlors. Jeffrey Epstein figures much less in the Q fantasy than Hilary Clinton.

Freud’s essay uses the term Schlag and schlagen, which translates as beat or hit, instead of Klaps, or spank – but I think this is due to the regime of punishment in 1919, where paddling was more extensive. In the end, the central image is of spanking. Freud, as is his wont, begins with certain more social suspects in the development of the fantasy, and then traces it back to the family – as Deleuze and Guattari acidly note, it is always a family scene, always theater with Freud. In the case of this fantasy, the patients usually link it, themselves, to school – for D & G, it is always a collective scene, a school a factory, a place where things are produced. Freud writes something interesting:  that his patients report hearing that “countless children” are being beaten in the school. The children come in multitudes, in the fantasy.  “The influence of school was so clear that the patients in question initially tried to link the beating fantasies exclusively to the school period, after the sixth year.”  That is, first grade.

I think Freud did not linger long enough on what he took to be a screen memory. Freud does not link the beating fantasy to the particular punitive regime undergone by the patients in their infancy – many seem to think that their parents were not spankers, and were, in fact, lenient. We don’t have to go all the way back to the Analerotik to see that school itself operates as a sexual factor- in fact, is pervaded by sexual discipline. And this factor comes into play not as “one child” being beaten, but in countless ones, masses of children. It is a mass symbol that demands a correlate mass. Freud suggests we ask” Who was the beaten child? The fantasized self or the other? Was it always the same child or arbitrarily often another? Who hit the child? An adult?” and so on.

These questions seem eminently pertinent to the psychoanalysis of the extreme right, especially as that right is operating as an identity – a subgroup identity of people who are in the know. The victim/redeemer binary that structures this identity seems, to my mind, a key to the way fantasy is sublimated into extreme right ideology.