Political advice, of a kind, from your friend and mine: Northrop Frye 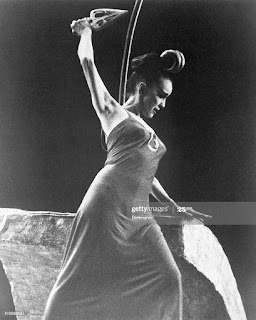 In my opinion, one of the worst pieces of advice in all American history is: 'when they go low, we go high.' This is not just appeasement, it is smug appeasement - the kind of passive aggressive gesture that makes you want to go lower. It is a symptom of what George Santayana called America's genteel culture. So what is the counter-model to be adopted by those rejoicing in the ruin of Trumplandia - or its temporary ruin?

American politics is a revenger tragedy, and the liberal difficulty - liberalism in the purest sense - is to disentangle the toils that keep the revengers and the offenders united in the slaughterhouse. One can't pretend the slaughterhouse isn't there. Or lift yourself out of the revenger tragedy by thinking pure thoughts. Who by thinking, as the Man sez, can grow a cubit taller?

The liberal answer must, at last, make peace with ritual. Rituals operate in the now - they have the vaguest sense of the long term. The now has to be welcomed: the spontaneous overflow of gloating, cursing, crying, laughter can't be dealt with by references to page 454 of the U.S. Treasury's report on the budget deficit.

So, how to be low in a limited sense? Here, politicians should turn to their well thumbed copy of Northrop Frye's Anatomy of Criticism, who gives a good hint for those caught in a revenger tragedy:

"We notice however the frequency of the device of making the revenge come from another world, through gods or ghosts or oracles. This device expands the conceptions of both nature and law beyond the limits of the obvious and tangible. It does not thereby transcend those conceptions, as it is still natural law that is manifested by thetragic action. Here we see the tragic hero as disturbing a balance

in nature, nature being conceived as an order stretching over the

two kingdoms of the visible and the invisible, a balance which

sooner or later must right itself. The righting of the balance is what

the Greeks called nemesis: again, the agent or instrument of nemesis may be human vengeance, ghostly vengeance, divine vengeance,

divine justice, accident, fate or the logic of events, but the essential

thing is that nemesis happens, and happens impersonally, unaffected,

as Oedipus Tyrannus illustrates, by the moral quality of human

motivation involved. In the Oresteia we are led from a series

of revenge-movements into a final vision of natural law, a universal

compact in which moral law is included and which the gods, in the

person of the goddess of wisdom, endorse. Here nemesis, like its

counterpart the Mosaic law in Christianity, is not abolished but fulfilled:

it is developed from a mechanical or arbitrary sense of restored

order, represented by the Furies, to the rational sense of it

Sophie, that is the hope, no? And my hope is that hope and reality merge, someday.