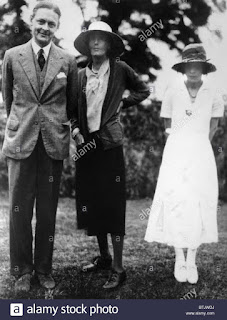 I don’t remember from what library I first checked out T.S. Eliot’s Collected Poems, 1909-1962. It could have been the Decatur Georgia library, which I absolutely loved to bike to. Or it could have been the Clarkston High School library, which was well stocked – I mean, it had Ulysses, a pretty bold item for a Georgia High School library in 1974. This was the result of the massive spending on schools in Dekalb County under superintendent Jim Cherry, of blessed memory. No doubt the funny flowed to white schools, but Clarkston was integrated when I was there.

I was in the 9th grade, and desperate for a larger life, a cosmopolitan life with cafes, which I was clearly not going to get in Clarkston Georgia, a bedroom suburb of Atlanta. Eliot, it turned out, was my good luck. We clicked immediately. Prufrock’s mermaids seemed much more relevant to my psychosexual life than, say, the hit of 1975 in my class, Aerosmith’s “walk this way”:

Eliot’s poems sank into my ordinary life. I remember reciting bits of the Wasteland to the cross country team (sue me, I was a snobbish little teen!). And though the poems are not on my official favorite list of favorite poetry, I’d be kidding myself to deny they are fundamental. Also, unlike other poets I discovered – Pound, Wallace Stevens, poor old Allen Tate – they were imminently recitable – you could DIY recite them. A lot of poets, you have to figure out the sound system.

Later, in college, I witnessed the buttend of the Eliotic dominance in English departments. Slowly, Old Possum’s favorite books and dislikes were no longer being considered the canon. Eliot was enormously important for the postwar English department, combining an accessible modernism with a high falutin’ conservatism. He was an institutional dream. But this was all going on the block. And that conservatism was never a good fit even for his own best poetry. Or the U.S. Seriously, you can’t use Charles Maurras to guide yourself around St. Louis, MO, babycakes.

I have seen Eliots come and go since. There was the phase of the anti-semitic Eliot. There was the phase where Vivian was touted as the next candidate for Zeldahood. And really, there is a case to be made that Eliot was something like the character Gatsby in Zelda’s husband’s book, except the boy from St.Louis knew better than to crib knockoffs of Spengler when he could read Spengler in the original, by God.

I met the guy from the Midwest in Paul Keegan’s recent review of Eliot’s letters to Emily Hale. How pleasant to meet this Mr. Eliot! The one lodging a class complaint about Virginia Woolf, for instance:

‘Virginia’s Room of One’s Own irritates me; and I have wanted to tell her that I have never had £500 a year of private (unearned) income or anything like it, and that I have never had a room of my own except a bedroom at a Lausanne pension for a month where I wrote most of The Waste Land.’

This Eliot is more recognizably one of the clerks of literature, like Pessoa, Kafka or Melville, or innumerable fiction personnages. He’s more approachable. He’s less magisterial. This is the guy who did a lot for me, a nobody from a Georgia suburb.