A good day to talk about taxes: reprising the problem with the liberal board game metaphor 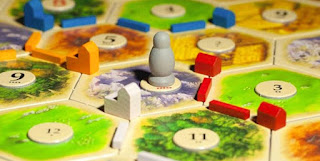 the liberal myth of the economy as a board game

“Only through the forgetting of this primitive metaphor-world, only through the hardening and rigidifying of the primitive capacities of human fantasy that flowed out originally in a hot stream of images, only through the unbeatable belief, this sun, this window, this table is a truth in itself, in brief only through the fact that man forgets himself as a subject and really as an artfully creative subject, does he live with some rest, certainty and consequence. If he for one moment could escape out of the prison walls of this belief, immediately his self consciousness would be over and done with. Already it costs him some effort to admit to himself that the insect or the bird perceives a whole other world than humans, and that the question, which of both world perceptions is more correct is a completely senseless one, since here we have to measure with the standard of the correct perception, that is, a standard that is not at hand.” -Nietzsche

The metaphor-world of economics is never more entangled in its antinomies – like a crippled spider in its own web – than when it comes up against the odd question of the distribution of wealth. The neo-classic mainstream exists, in fact, in a world that it only recognizes as an irritant on the way to the utopian moment when the market absorbs all its children in a heavenly rapture – but if it were entirely blind to the fact that the state, that enemy of the good honest corporation and firm, plays a major role in economics, it would face the danger of being merely comic. The liberal solution to the endless differing of market heaven is that the state exists to create a “level playing field”. Mark Thoma, who runs the excellent blog, Economist’s View, just published an article on income inequality that contains a canonical version of this notion:

“I’ve never favored redistributive policies, except to correct distortions in the distribution of income resulting from market failure, political power, bequests and other impediments to fair competition and equal opportunity. I’ve always believed that the best approach is to level the playing field so that everyone has an equal chance. If we can do that – an ideal we are far from presently – then we should accept the outcome as fair. Furthermore, under this approach, people are rewarded according to their contributions, and economic growth is likely to be highest.
But increasingly I am of the view that even if we could level the domestic playing field, it still won’t solve our wage stagnation and inequality problems. Redistribution of income appears to be the only answer.”

I wrote a little response to this paragraph on Mark’s site.

“I've never understood the popularity of this belief in America. It seems a contradiction in terms. How can you "level" the playing field, and at the same time allow any unequal outcome? These are in direct contradiction with one another. Any 'playing field' in which one of the players gains a significant advantage will be vulnerable to that player using some part of his power or wealth to 'unlevel' the playing field to his advantage. There is no rule of any type, there is no power that will prevent this. The problem is thinking of the playing field as a sort of board game. You play monopoly and you accept the outcome as 'fair'. The problem of course is that in life, unlike monopoly, you don't fold up the board after the game is over and begin it all again - in other words, the economy isn't a series of discrete games that are iterated at zero.
Thus, the whole "equality of opportunity" ideology has never made sense. If it succeeds, it will dissolve itself as those who succeed most make sure that we do not go back to zero, and that our idolized 'competition' is limited to those in the lower ranks - for among the wealthiest or the most powerful, the competition is, precisely, to stifle and obstruct competition in as much as it injures wealth or power.
To not understand the latter fact is to understand nothing about the incentive for acquiring wealth or power. It is as if economists truly believe that billionaires are searching for the next billion to spend it on candy, instead of seeing them as political players building a very traditional structure of status that will allow them the greatest possible scope for exercizing power, including helping their allies and family and injuring their enemies.”

I am not satisfied that I have spelled out the structural dilemma here. In trying to build an economy with a non-interfering state that only guarantees that the ‘playing field’ is levelled, you are building, in reality, a massively interfering state. There is no point at which equality of opportunity will, as it were, work by itself. This is because the economy does not exist as a chain of discrete states – rather, what happens in time t influences what happens in time t1. The board game metaphor, however, exerts an uncanny influence over thought here. From Rousseau to Rawls, the idea of an original position has, unconsciously, created the idea that society is like a board game. That is, it has beginnings and ends; a whole and continuous game came be played on it; that game will reward people according to their contributions. And so on. Here, classical liberalism still has a grasp on the liberalism that broke with it to develop the social welfare state. Both liberalisms, for instance, can accept that the price of an apple is not ‘earned’ by the apple, but both bridle at thinking the price of a man – his compensation – is not ‘earned’ by the man. It must have some deeper moral implication.
As we have discovered, the liberal hope, in the sixties, that the social welfare system would so arrange the board game of society that equal opportunity is extended to all, and so dissolve – was based on the false premise that the players all recognize a sort of rule in which they would not use their success in making moves to change the rules of the game. But this is to fundamentally misunderstand the incentive in this ‘board game’ – success consists precisely in changing the rules in your favor. It does not consist in getting rewarded for one’s contribution to the aggregate welfare of the players of the game. The billionaire is of a different kind than the saint. And each, to use Spinoza’s phrase, must continue in their being in order to be at all.
The anti-liberalism of the last thirty or forty years is rooted in this liberal blindspot. On the one hand, the liberal allows his rhetoric to be taken hostage by a pro-forma anti-statism – surely we don’t want the corrupt state to reward the lazy and unscrupulous! Thus, social welfare is presented with a wholly utilitarian justification – it exists solely to help the industrious and the respectable. So the liberal concedes that the protector state is a second best arrangement – and slides easily into bemoaning middle class ‘entitlements’, as if surely the middle class should stand on its own. On the other hand, the state engineered by the liberals does keep growing – it keeps growing because the middle class desperately needs it to maintain their life styles, and it keeps growing because the wealthy use it as a reliable annex to acquire various monopoly powers and as a cheap insurance plan.

What the liberal seemingly can’t acknowledge is that a democratic republic, can only afford the ‘board game’ of private enterprise if the state uses its powers not simply to redistribute or to produce, but to limit – that is, to hedge in and countervail the vested influence of the wealthiest. Thus, the democratic state taxes not only to provide income to the state, or to redistribute money to the less ‘worthy’ – it also does so to materially weaken the wealthiest. Otherwise, the wealthiest will rather quickly take over the state and make a mockery of democracy.
Taxation is the guillotine by other means. Joseph de Maistre once wrote that the compact between god and the state is sealed by the blood shed by the hangman. Wrong about god, de Maistre was certainly right that all social contracts are sealed in blood. No democracy can survive if it forgets this fact.
at September 28, 2020

Thanks. I'm just worried that taxation is only a guillotine for the poor. After all, corporate taxes are turned into higher prices and lower wages. And they must, otherwise the economy will not be profitable and grow. It's not just that the rich, however much I revile them, seek their own privilege, but that the capitalist system demands it.