the no alternative bullshit 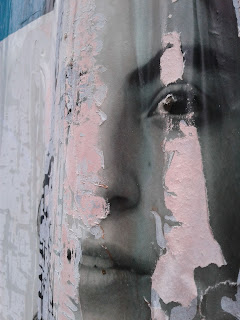 There is something comic about a politician standing up before God and man and free will and mouthing the phrase “no alternative”. Except in the case of Moses and the ten commandments (and even then the first draft was broken on the way down from the peak of Mount Sinai), no politician in history has ever mouthed anything, ever represented anything, except an alternative. No politician has ever produced the inevitable.  And so it was with the Thatcher line, with the wrecking crew of Austerians in Europe, and with the current nosedrip discourse of the moderate Dems. These Dems think that alternatives to the most expensive and aggressively unequal healthcare system in all the “freeworld” are just no-goes. They think the billionaires actually made their billions – instead of having their billions made for them by the workers, in the traditional way. They think actually doing something about climate change disaster – doing something that isn’t a mild carbon tax – is undo-able, cause where are we gonna get the money?
The no alternative line goes back to the end of history line in the nineties. In those days, with the wall down (which made Iggy Pop want to sing Louie Louie), oil prices low,and shock therapy turning a totalitarian communist state into a funloving mafia state, specializing in exporting prostitutes and oil, neoliberalism was celebrating its springtime. Its pamphleteer and poet,  Tom Friedman, came up with one of an image struck out of the poetry of the business inspirational racket (which is the only poetry acceptable under neo-liberalism): the golden straightjacket. Friedman was quite enthused about the triumph of democracy everywhere, as long as democracy didn’t go overboard and put power in the hands of the people. To prevent this, God gave us central bankers and Milton Friedman. Neo-liberalism, back then, advertised itself as so realistic that we all had to eat it every day and every night and never ever dream we had a choice. It dreamed of a world in which there was infinitely increasing returns on investment (oh, what joy to live in the Information age!) and the business cycle was road kill.  But road kill reanimated and pissed all over the New Economy in 2001. Still, for six years the pretense held that a credit system that indebted a population that engrossed none of the increase in productivity that they actually created could replace what used to be called, quaintly, a “raise”. Until the house turned out to be bankrupt, and the elites had to scurry about in 2008-2010, doing what they do: using the power of the government to prop up the power of capital. Or, in populist terms, the state chose to simply give the upper .01 percent throughout the developed world hundreds of billions of dollars. They did not chose to give the 99 percent money – no, the 99 percent were assured that they were making distant money, since their pension funds and other investments (which represented a pathetic substitute for the retirement that social democracy used to hold out)  would eke their way across the bleak landscape, as long as we could foreclose on the losers, lower those labor costs even more, and hike up the price of social goods.
In Europe at the moment, we are definitely on the edge of a recession. After the mildest lift possible, after the great shortfalls and stumbles of the 2008-2012 period. In fact, if money had flowed like Keynesian wine back then there would actually be more employment, more productivity, and more satisfaction with life than there is now, when there isn’t a satisfied population in sight: pissed off is the new black. The no alternative world is looking shabbier every day. And when the shabbiness is questioned, the same chorus answers: we owe so much money! In fact, tons of fake money are owed all the way around. But in this time of little faith, people are beginning to ask who they owe  the money to, and why. That is, why did the elite which led us into the no alternative cul de sac make the choices it did; and why the choices, when they all went to shit, had no effect on… the elite.
at November 27, 2019