The black and white world - the soul of the banal

The central trauma of cinema, for many writers, was the transition to sound. 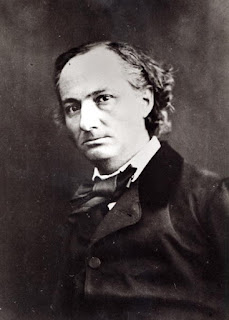 For me, though, it was the transition from black and white to color.

Frankly, I haven’t owned a television in years, so I don’t know what the lineup is, but I imagine the spate of black and white films that I was fed from the 30s and 40s has slowed to a trickle.
The effect of black and white film and photography on me has been profound. Firstly, it has taught me the insufficiency of color words – black and white have been used so variously, the tonal scale creates such differences between one black and white picture or film and another, that our color language seems primitive, a relic that we are using to explain a cultural product that surpasses or transcends our culture.

But secondly, it has given me a very childish view of history.

Then came the second half of the twentieth century up to now. The long present is in color. It is as if colors were invented in 1950. I know, there was color photography and film before then, but it was not dominant. And with color came a loss of depth.

Black and white images seem, to me, to somehow find, in the banality of the world, the grain or soul that escapes that banality, whereas color simply floods the zone with banality, makes it inescapable. This is ontological nonsense, of course, yet it certainly makes an epiphenomenal sense. After all, we know that, for instance, Greek statues were painted, but the way we view them, and the way they were viewed in the Renaissance, and the way they have leaked into our sense of what a statue is, is uncolored. The restoration of the statues of the ancient world always stops with putting the pieces together; we never paint them.
Similarly, we can “restore” color to the black and white portrait Nadar made of Baudelaire – in fact, I think it has been done. I’ve noticed more and more color versions of photos that were originally shot in black and white. But to me, there is something deeply wrong with this. Instead of bringing Baudelaire closer, it seems, instead, to zombify him, to take him out of that world of canonical black and white and string Vegas-y Christmas lights on him.

The black and white world is one that I dream in; I only live in the world of color.

I yodel often about the toggle from black and white to color TV. I was born in 59, btw. The two Emma Peel Avengers years, the first black and white, the second color. My avatar in black and white Get Smart v my avatar in color. Look which one I chose. I make a mystery out of it, for reasons I don't understand but don't keep me from yodeling.