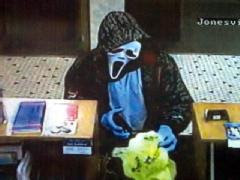 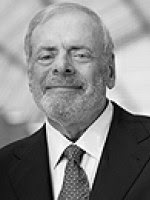 The Fed obliged. The Fed’s rules about loans were a bit different from American Express’s. American Express’s Daily Periodic Rate can be up to 15.9 percent. The Fed’s for its Commercial Paper Funding Facility and its Term Asset Backed Funding Facility was 1 percent or below. The FDIC did its part and extended something called the Temporary Liquidity Guarantee Program. American Express generously decided to save itself; whereas its customers, in the situation that American Express found itself in, would have their cards yanked or its interest rates adjusted upwards, these are evidently the rules in the microsphere for micropeople. The rules in the stratosphere for stratopeople are different. It is thus that AXP became a big welfare entity overnment that it had helped stock, over the years, with bribed and venal officeholders – like the rest of corporate America. AXP weathered the storm triumphantly, with the help of little over 10 to 15 billion dollars from Uncle Sam.

Are we happy about this or what?

Which is the background against which to read the plutocrat’s lament by former American Express CEO Harvey Golub, whose protest against the idea of raising tax rates on the successful – and who can argue with success when it diverts such large sums of money from the Government for the purposes of peculation and hypertrophied CEO compensation packages? – has received much play among the peculators and exploiters

Golub is rather an expert in the field of hypertrophied compensation packages – appointed CEO of AIG after it had become another welfare queen, he left in a huff because the Government in a cosmetic move to assure the micropeople that it was democratic and populist to save a fancypants bucket shop from extinction put a limit on said compensations. This contrasts with how he left American Express in 2000. Having presided over the company during the fat nineties, when every CEO was king (while, surprisingly, every king CEO was raking in bucks from companies that were simply averaging what other companies in their sector earned – almost as if their own personal god-king decisions were not the deciding factor in the prosperity of the enterprises they were picking the fat bits from), Golub left in 2000 with this:

“The American Express Company gave Harvey Golub, its chairman and chief executive, options on 750,000 shares of stock last March, according to a proxy statement filed last week that valued the ''special award'' at $30.9 million. The options raised Mr. Golub's total pay to about $52 million. He got an additional $38 million from exercising other options the company had granted.
A company spokesman said the options rewarded Mr. Golub for a job well done and gave him ''an incentive to stay during the transition.'' Mr. Golub, 60, will give up his job as chief executive to Kenneth I. Chenault, the president, in April 2001, and his chairman's post a year later. Mr. Chenault, 48, received options worth $16.5 million plus stock worth $4.9 million, raising his 1999 pay to about $32 million.

Then, inevitably, this happened in 2001:

“American Express surprised investors yesterday by saying that it would eliminate as many as 5,000 jobs and take more than $1 billion in charges against its earnings by the end of this quarter.

The job cuts would be the biggest that American Express has taken in about a decade and would come on top of the 1,600 jobs American Express has already eliminated this year. They are part of a reorganization of the company's various financial services businesses and will help offset the heavy losses the company sustained from its aggressive investing in junk bonds.

In announcing the changes several days before the company is scheduled to report its second-quarter earnings, the chief executive, Kenneth I. Chenault, admitted that the company had misjudged the risks in its $3.5 billion portfolio of junk bonds. He repeatedly told analysts and investors yesterday that the company would take a more conservative approach to investing the money it takes in from selling insurance and investment products.

Mr. Chenault, who succeeded Harvey Golub as chief executive in January, said the costs of the changes it is making would reduce pretax earnings for the quarter that ended in June by $826 million. In addition, the cost of cutting about 5 percent of its jobs will reduce this quarter's pretax profit $310 million to $370 million, he said.

The losses are far larger than analysts had expected. They follow two earlier write-downs of the company's investment portfolio in the last year and some investors sounded angry about the latest disappointment. All told, the company has marked down the value of its junk bonds and some other bonds that it cannot resell by more than $1.1 billion, or about one-fourth of their original value.” NYT 7/19/2001

Evidently, Mr. Golub has that sixth sense that tells him when to head for the door with the family silver. On Wall Street, this makes you a sage. So of course, his screed on the taxes he pays was full of the kind of thing that passes for Conventional Wisdom among the plutocrats and the political elite. Read the tidbits!

Good questions! I especially like the one about the overcompensated laborers on public projects. From the junk bond king, this was the kind of gall that is almost sweet - it shows not so much hubris as a deepfried stupidity, a selfishness that builds a monument in the soul like a giant pearl, except made out of the material you find in your lower gut.

But I notice that he did not ask: do we really need a Temporary Liquidity Guarantee Program, a Commercial Paper Funding Facility, or a Term Asset Backed Funding Facility at all? Because after all, a man doesn’t question the things that saved his ass. They simply recede into the background of the gated community, to be used next time the predators lose massive amounts of money.

BuziosBertie said…
The man is a total wanker who just blagged his way up the food chain - no perceptible talent at all. And now he complains?
1:22 PM