what kind of idealism is this? Berkeley and modernity 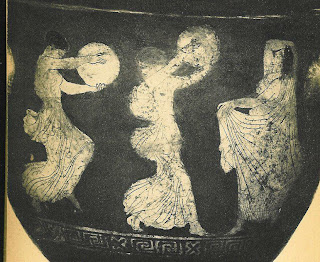 Last night, after reading my post about Berkeley and the spider, A. asked me about the point I was trying to make. I had to respond that honestly, I’m not sure. In one sense, it simply fascinates me that three philosophers who each took a stance against l’esprit geometrique are found in Southern Italy in the early eighteenth century. Vico turns to the ingenium, and Shaftesbury to common sense, as the intellectual force that resists the mechanization of the spirit - Berkeley, by contrast, traces the path of the skeptic and radicalizes l’esprit geometrique, in a way heralded by Pascal and Bayle – who also applied skepticism in the service of faith – but that goes far beyond them in its ontological conclusions. Yet, Berkeley’s response to Locke’s milktoast metaphysics contains an ambiguity, a pull between the ancients and the moderns, a re-constitution of the terms in which l’esprit geometrique is understood, that can be read as according, in the absence of the divine DJ, everything to the moderns.

Or to start again: metaphysics – I think I am trying to say – is anchored in life. When , in the 1790s, Cuoco criticizes the revolutionaries of Naples for favoring abstraction over the concrete interests of the people, he is in a sense echoing a theme we find in Berkeley’s A treatise concerning Human Knowledge, which contrasts abstraction – that fantastic product of the schools – to the mental processes of the great mass of men:

“To be plain, I own my self able to abstract in one Sense, as when I consider some particular Parts or Qualities separated from others, with which though they are united in some Object, yet, it is possible they may really Exist without them. But I deny that I can abstract one from another, or conceive separately, those Qualities which it is impossible should Exist so separated; or that I can frame a General Notion by abstracting from Particulars in the manner aforesaid. Which two last are the proper Acceptations of Abstraction. And there are Grounds to think most Men will acknowledge themselves to be in my Case. The Generality of Men which are Simple and Illiterate never pretend to abstract Notions. It is said they are difficult and not to be attained without Pains and Study. We may therefore reasonably conclude that, if such there be, they are confined only to the Learned.”

Plain speech, and plain people. This is the Berkeley who could share a dish of beans with a group of squatting peasants in a field. He is unafraid of popular contact – and that is one of the fundamental living impulses of democracy.

Berkeley’s preliminary work in countering the absurdities thrust upon us by abstraction – which is a process that never really occurs in any mind whatsoever, has no root in our biological life (ie is never found to occur among children who are acquiring language skills) is meant to prepare us for his self-evident truth:

“Some Truths there are so near and obvious to the Mind, that a Man need only open
his Eyes to see them. Such I take this Important one to be, to wit, that all the Choir of Heaven and Furniture of the Earth, in a word all those Bodies which compose the mighty Frame of the World, have not any Subsistence without a Mind, that their Being is to be perceived or known; that consequently so long as they are not actually perceived by me, or do not exist in my Mind or that of any other created Spirit, they must either have no Existence at all, or else subsist in the Mind of some eternal Spirit: It being perfectly unintelligible and involving all the Absurdity of Abstraction, to attribute to any single part of them an Existence independent of a Spirit. To be convinced of which, the Reader need only reflect and try to separate in his own Thoughts the being of a sensible thing from its being perceived.”

This is a tightly reasoned paragraph, and yet within it the innocent reader feels that somehow, what is happening here is a feint, or an out of bounds punch. A first reading – and one that became common in the 18th century – was that this was a plea for pure solipsism. Diderot, in the Essai sur les règnes de Claude et de Néron, remarks: “The bishop of Cloyne said: if I ascend to the heights of the mountains, or descend into the valleys, it is never anything but me that I apperceive: thus, it is possible that these don’t exist without me. And Berkeley still awaits an answer.” Diderot is a shrewd reader, but we – who can ascend to the heights of Berkeley commentators, or perhaps descend into the valley of their obsessions – have learned to read this paragraph differently, with an emphasis not on the moi – an emphasis that Diderot takes, unconsciously, from the whole French moraliste position – but rather on the tricky passive construction, “that their Being is to be perceived or known,” which leads us not to the imperial subject but to a fact about the choir of heaven that can only be expressed in the passive tense in English: that their very being is not ever to be separated from their being knowable or perceivable. Far from being accidents to which sovereign being submits – as a sort of royal sacrifice – being is essentially knowable or perceivable – the sovereign power is essentially a matter of election and, ultimately, of pressure. Berkeley’s is a world of pressures ultimately emanating, literally, from the hand of God. The combination of pressure and passivity finds its political correlate, perhaps, in the passive obedience Berkeley promoted in an early political pamphlet.

Still, Berkeley goes a long way to divest reality of any magic. The tarantula, its bite, the belief in the tarantalla, the doubts of the country doctor, are all real. “I do not argue against the Existence of any one thing that we can apprehend, either by Sense or Reflexion. That the things I see with mine Eyes and touch with my Hands do exist, really exist, I make not the least Question. The only thing whose Existence we deny, is that which Philosophers call Matter or corporeal Substance. And in doing of this, there is no Damage done to the rest of Mankind, who, I dare say, will never miss it.” Again, one wonders whether this is a feint or an argument – for, with the most beneficient of smiles, here Berkeley slips matter, so much metaphysical waste, into the trashcan. This is not something mankind will miss – it is not part of our common property.

What is the end result of this logic? “But, say you, it sounds very harsh to say we eat and drink Ideas, and are clothed with Ideas. I acknowledge it does so, the word Idea not being used in common Discourse to signify the several Combinations of sensible Qualities, which are called Things: and it is certain that any Expression which varies from the familiar Use of Language, will seem harsh and ridiculous. But this doth not concern the Truth of the Proposition, which in other Words is no more than to say, we are fed and clothed with those Things which we perceive immediately by our Senses. The Hardness or Softness, the Colour, Taste, Warmth, Figure, and such like Qualities, which combined together constitute the several sorts of Victuals and
Apparel, have been shewn to exist only in the Mind that perceives them; and this is all that is meant by calling them Ideas.”

In this way, Berkeley’s thought radically humanizes the world – which is the distinct twist of the emergence of Western, vs. Eastern, idealism. For ideas don’t lead us to illusions – illusions, rather, are easily comprehended within the schema of ideas. The world that Berkeley, at trifling expense (we hardly miss the old terms), reconstitutes is literally the one handed to us – in keeping with the privilege accorded to touch in his system. ”The Ideas of Sight and Touch make two Species, intirely distinct and heterogeneous. The former are Marks and Prognostics of the latter. That the proper Objects of Sight neither exist without the Mind, nor are the Images of external Things, was shewn even in that Treatise. Though throughout the same, the contrary be supposed true of tangible Objects: Not that to suppose that vulgar Error, was necessary for establishing the Notion therein laid down; but because it was beside my Purpose to examine and refute it in a Discourse concerning Vision. So that in strict Truth the Ideas of Sight, when we apprehend by them Distance and Things placed at a Distance, do not suggest or mark out to us Things actually existing
at a Distance, but only admonish us what Ideas of Touch will be imprinted in our Minds at such and such distances of Time, and in consequence of such or such Actions. It is, I say, evident from what has been said in the foregoing Parts of this Treatise, and in Sect. 147, and elsewhere of the Essay concerning Vision, that visible Ideas are the Language whereby the governing Spirit, on whom we depend, informs us what tangible Ideas he is about to imprint upon us, in case we excite this or that Motion in our own Bodies.”

It is this sense in which Berkeley’s idealism, which seems to move us to Diderot’s misrepresentation of it, actually situates us under the new dispensation of the moderns. It does so even while seeming to take the idealistic path of a wholly non-European tradition. Vico and Shaftesbury’s humanism, on the other hand, opens a front that challenges the totality of modernity – a totality that modernity, that epoch of universal-making, can’t do without.