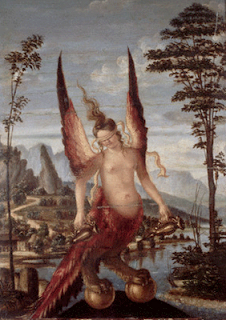 When Nemesis perched on the city walls, the signs were evident, and the causes were clear. The monarch had offended the gods with his pride, the people had offended with their neglect of the sacrifices and usages. They had defied the rules concerning food, for instance. They had indulged in forbidden luxuries. The balance between the divine and the human had been broken, or somehow violated.

In Rouen, in the 1690s, Nemesis was evidently sitting on the city walls. One had merely to look to the countryside. One had merely to tally up the decline in trade with the Berbers, or the British. But this time, the prophet who descried the shadow of Nemesis had a different interpretation of the balances in question – an interpretation that eventually became the hermeneutic through which the scholars and officials both interpreted and implemented the Great Transformation. In this hermeneutic, the categories of sacrifice and of luxury were up-ended. Yes, the monarch offends the balance with his pride, but in the new dispensation, the monarch is – logically, sotto voce – reduced to a form, an enforcer of the order of contract, at best the commandatore’s statue. And the natural balance – or as it was called by the prophet of Rouen, the “equilibrium” – was inherent in the economy itself. The economy – like nature – naturally gravitated towards a self-regulating balance, and anything that got in the way of this natural process was to be condemned.
Nemesis was divested of her ancient attributes, and put on a strictly mathematical footing. L’esprit geometrique was let loose upon the face of the globe for real.
The prophet was a magistrate named Pierre Le Pesant de Boisguilbert. As LI pointed out in our series of posts on Fontenelle, the nest of gentlefolk in Rouen who, in the period between 1680-1730, figured on the modern side in the battle between the ancients and the moderns is extremely impressive – and especially considering their ties to one another. As it happens, a Le Pesant married a Corneille, and as the Corneille family was related to Fontenelle, so too was Boisguilbert. A descendent of that family was Charlotte Corday, the assassin of Marat.
In the Critique of the Political Economy, Marx attributed much to the founders of the English and French schools of classical economy – as he saw it – William Petty and Boisguilbert. Marx writes: The analysis of commodities as labor in a double form, of use value derived from real labor of purposeful productive activity, and of exchange value derived from labor time or equal to social labor, is the critical end product of more than a half a century’s classical political economic research that begins in England with William Petty and in France with Boisguilbert, and ends in England with Ricardo and in France with Sismondi.”
There is an anecdote about him, told in Sainte-Simon’s memoirs.
“He [Vauban] was well advanced when there appeared diverse small books by sieur de Boisguillebert, lieutenant general at the seat of Rouen, a man of much intellect, detail and industry, brother of a counselor to the parlement of Normandy who, after much preparation, touched with the same views as Vauban, worked on them for a long time. He had already made some progress before the chancellor left the financial office. He came expressly to find him, and, as his lively spirit had something singular in it, he demanded of him to listen with patience; and though, as he said, he would take him at first for a fool, afterwards, he would see that he merited attention, and that at the end, he would be happy with his system. Pontchartrain, disgusted by so many givers of advise who had passed through his hands, and who was all saltpeter, began to laugh, brusquely responded that he took him for the first thing, and turned his back on him. Boisguillebert, returned to Rouen, was not at all put off by the bad outcome of his trip. He only worked the more indefatigably on his project, which was pretty close to that of Vauban’s, without either knowing the other. From this labor was born a book, one that was wise and profound on the matter, of which the system went to an exact dividing up of aid to the people, with all the expenses that they supported and the many tarrifs, which were direct expropriations into the king’s purse, and consequently ruinous to the existence of tradesmen, to the power of intendants, to the sovereign domain of ministers of finance. Thus, he displeased all the former as much as he was applauded by all those who did not share the former’s interests. Chamillart, who had succeeded Pontchartrain, examined the book. He conceived a liking for it; he requested the presence of Boiguillebert two or three times at l’Etang, and worked there with him on many occasions, as a minister whose probity only tried to do good.”