the myth of the creator 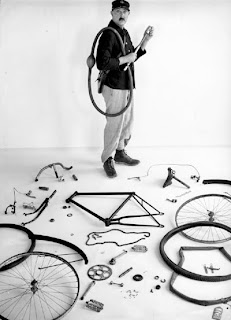 According to Francois Jullian, the system of classical Chinese thought, in contrast to the Greeks and the Hebrews, did not concern itself with the creation of the world – did not answer the question, why does the world exist, with a story of divine making. “…it is rather the question of the “separation’ of the heaven and the earth: a putting in place that is a putting in order.”

‘The question posed in China would thus be a different kind. As the notion of Tao (dao) expresses it, it is that of the “Way”, which is to say, of the viability of things. In posing the question of how – how does reality ‘march’ [work] – Chinese thought hardly encounters the question of an original why. What I mean is, it didn’t need to regroup or put into form mythical elements that it found here and there, since at the bottom the question which carried it was not this one. Chinese thought sought to give an account of the march of the world, and it did so starting with the idea that the world always functions by polarity – yin and yang…

To sum up, from the moment where it is a question of the march of things that predominates, and that one accounts for starting with a polarity (and not one, but two instances), one no longer meets with the question of a first moment – nor of a last one besides.” (Francois Jullien, interview, Communication, 1997)

Vico, that opponent of the secularizing and mechanizing l’esprit geometrique as a distorter of the human portion (which is fated to exist, as a thing in its essence created, among probabilities, and never among certainties), shared with the moderns a certain conception of making – of the made – that is so embedded in modern culture – and perhaps that of the premodern era in what became the “West” – that the thought of some original polarity – a polarity that always defers the question of origin – is almost impossible to absorb. Zero points, ground zeros, the seed and the target, these are the symbols that swim in the dreamlife of the White Mythology. That the maker does not know the made from the inside – the terrifying discovery of Dr. Frankenstein and Dr. Freud – is a side thought, a nightmare.
at September 24, 2010