WHY HASN'T ANDREW MOONEN BEEN CHARGED WITH MURDER? 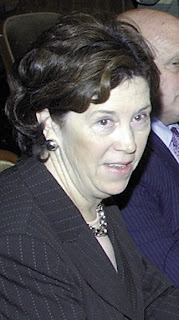 If a big bug gets into your house from the outside, don't you sometimes try to help it back outside, instead of crushing it into its insect jellies?

In the case of butterflies and crickets, we often show some respect for life. So it is with mounting anguish that I have waited, since the news was first reported at the beginning of October, for charges to be raised against Andrew Moonen – you remember Andrew Moonen. Andrew Moonen reduced an Iraqi bodyguard of President Maliki to his jellies last December. It was a Christmas present to himself. Wanting to murder an Iraqi, and having the means and the proximity, being a hired employee of Blackwater in the Green Zone, he got drunk and hunted for one. And in cold blood he slew one.

This is first degree murder.

He wasn’t arrested. Rather, the State Department in the Green Zone in Iraq, having been informed that he was drunk, that he slew an Iraqi man, and that he was in the custody of Triple Canopy, another private military contractor, did deliberately and with malice aforethought contrive to have Moonen escape Iraq. The acting ambassador at the United States Embassy in Baghdad was fully informed of, and approved this operation. Her name is Margaret Scobey.

I’ve been waiting for a month for some action to develop. I’ve been waiting for some outrage to be expressed. Of course, I am not naïve. In the politics of contrived outrage, killing an Iraqi man ranks much lower than, say, calling the man a faggot among those of liberal sensibilities. If Moonen had been accused of hate speech, an outrage story would race from one fine liberal blog to another. Or if Andrew Moonen had said something mean about America’s fine soldiers. What if he called them phoney soldiers? That would be truly outrageous. But he only took the life of a so far unnamed Iraqi guard. It was only murder. And Andrew Moonen isn’t even a celebrity. He isn’t a Britney. He isn’t a Paris. He is only a ‘security’ employee. He only was having good American fun. He only wanted a fun Christmas, one in which he could dabble in Iraqi blood. He got his wish. And for his murder, they docked his pay.

Although it is a bothersome even to mention it, it is murder. And though it is even more exasperating in some circles to mention any crimes related to the elite, like Margaret Scobey – who isn’t, like, some hip hop trash that we can casually toss into prison as we would toss an empty beer can in the trash – she was an accessory to murder. Murder is a crime that, presumably, you can still get in trouble for even in D.C. It isn't like perjury, which you can only be charged with if you aren't Republican or connected to a D.C. powerbroker.

Charge them now. Please, if you read this and you have a blog, consider writing a post demanding that Andrew Moonen be charged with murder, and Margaret Scobey be charged with accessory to murder.

northanger said…
you do know Mychal Bell is back in jail?
3:26 AM

Roger Gathmann said…
North, that Reason piece is an especially rancid little piece. I especially love the bellying up to the bar of the belligerent commenters - ah, I can just see their pale bellies. Mother Fuckers of the purest water, suburban peckerwoods. Or, as Lina Wertmuller puts it in Seven Beauties

I told you, Bell should have fled when he got out on bail. There's nothing worse than the lynch mob mentality when it gets up on its hind legs, in defense of the the long tradition of Jim Crow.
4:35 AM

Roger Gathmann said…
ps - North, I hope you join the movement to arrest Moonen. My theory is that this should pass from blog to blog, be picked up here and there, and eventually break through the bubble which has been thrown around murder and accessory to murder, so that the question might even be asked, timidly, in a stuttering way, at a press conference: Mr. President, your state department employees conspired to help a murderer escape, which is accessory to murder. What are you going to do about it, honey?

I have done nothing to save or even help a million Iraqis but denounced things from the sidelines and gone to a few putrid demonstrations, but at least maybe maybe maybe I can help avenge one.
4:40 AM

northanger said…
as Reverend Al points out, the jihadis didn't give Blacks, Mexicans or Indians a heads up on 9/11. so, maybe diminishing returns means dealing with internal stuff? but, maybe not. anyway, Paul Taylor Silence and Sympathy: Dewey's Whiteness & The Two-Dewey Thesis, Continued & Frank Margonis Reconstructing Pragmatism to Address Racial Injustice.
6:12 AM

northanger said…
i agree with you, Roger, about justice & doing the right thing yadda yadda. isn't the State supposed to hold the AZ-61 = EYE FOR AN EYE monopoly over God? because we want to make sure to control & offset certain things? so... if things aren't correctly handled doesn't that create some sort of (oh, i dunno) a loophole where God can slip through? & let the people go? with all the jewels & such? what Reverend Al got after 9/11 is that we have to shift to plan B. we are no longer asking Pharoah to let my people go! we no longer want God to hear the cries of his people. we just want everybody to get on the same fucking clue bus.
6:56 AM

Roger Gathmann said…
So many states, so many gods, North. Too many. But the clue bus, as I see it, is that the newspapers calmly reported a murder and the escape of the murderer - reported that the latter was planned within the State department - and then, in a curious twist, presenting it as if it was happening on some other planet, or to some other species. You think there would be a scolding editorial at least. I just want the normal cycle of justice to begin - a trial, a lot of media warmongering commentary, a guilty verdict, a pardon from the president. So that I can feel patriotic all over again. As I recall, when our pharaoh got sucked off, in the long ago dreamtime of the nineties, there seemed to be a big outcry. So I've been thinking : murder - an ambassador - a coverup - Condi - Bush - somehow, we are getting close to high crimes here. Shucks, I'm no lawyer, just a two bit shitkicker, but is it the case that if I get drunk, want to kill somebody, and do - that the worst that will happen to me is that my pay will be docked? Somehow this seems fucked up. Or am I on the wrong cluebus?
7:17 AM

northanger said…
you're on the wrong cluebus?
7:59 AM

northanger said…
had to think about this a long time: do i love this country? you know, the flag waving, pin wearing thingy. then i realized, i love this country the way my grandfather loved this country. he was born, raised & died in the south—& he made it to 89.
8:05 AM

Roger Gathmann said…
North, I love this country like the Habakuk loved Israel:

001:003 Why dost thou shew me iniquity, and cause me to behold
grievance? for spoiling and violence are before me: and there are that raise up strife and contention.

001:004 Therefore the law is slacked, and judgment doth never go
forth: for the wicked doth compass about the righteous;
therefore wrong judgment proceedeth."

Which I think about sums up my various complaints. And the Lord said, by the way:

002:010 Thou hast consulted shame to thy house by cutting off many
people, and hast sinned against thy soul.

From this week’s Time article on Blackwater:

Close to midnight last christmas Eve, a Blackwater security contractor named Andrew Moonen emerged from a boozy party in Baghdad's Green Zone and took a wrong turn on the way back to his hooch. There is as yet no satisfactory explanation for what happened next. An Iraqi guard named Raheem Khalif, who was protecting the compound of Vice President Adel Abdul Mahdi, was fatally shot three times. Time interviewed three Iraqi guards who were on duty that night and reviewed two signed witness statements: all say the shooter was a white male, wearing an ID badge typically used by security contractors. The day after the shooting, Moonen was fired by Blackwater and flown out of Iraq. His name was not directly linked to the incident until earlier this month, when a Seattle lawyer told the New York Times he was representing Moonen, 27, a former Army paratrooper, in connection with the investigation into the shooting.
The killing of Khalif barely registered outside the Green Zone. For Iraqis, it was just another in a long series of stories--stretching back to the early days of the U.S. occupation--about how private security contractors seem to operate with impunity in their country. Brought into Iraq because an undermanned U.S. military couldn't guard vital facilities and top American officials, contractors were armed with a decree by U.S. administrator L. Paul Bremer that made them practically exempt from prosecution under Iraq law). They quickly earned a reputation as cowboys: the kind that shoot first and never have to answer any questions afterward. As the number of contractors has grown, so has the volume and frequency of Iraqi complaints. A report by the House Committee on Oversight and Government Reform found that Blackwater alone has been involved in 195 "escalation of force" incidents since early 2005
…

President Bush on Wednesday praised Blackwater, saying, "They protect people's lives. And I appreciate the sacrifice and the service that the Blackwater employees have made."
8:41 PM

Gill :: Habakkuk 2:11 Aben Ezra observes, that the word signifies the hard place in the wood; or the harder part of it, the knotty part, or the knot in it; and which is confirmed by the use of the word in the Arabic language, as Hottinger {g: Smegma Orientale, l. 1. c. 7. p. 163} observes.

Roger Gathmann said…
Great! Please pass the word to anybody you know who blogs.
8:32 PM

Anonymous said…
He is innocent. It is just wrong that all the blame goes on people who put their lives on the line for us. Him being guilty is fucked up.
5:41 PM

Roger Gathmann said…
No, he is guilty. As for putting his life on the line, well, so did Mohammed Atta. He wasted an Iraqi in cold blood cause he could, and was abetted in his murder by the American state department. Break up the mercenary companies and prosecute the murderers.
9:58 PM