the divorce of wisdom and happiness II 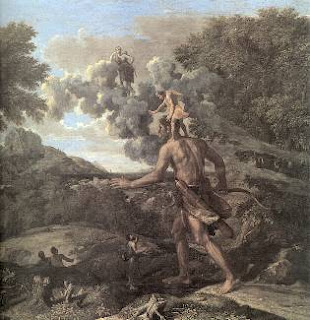 In my last post on this subject, we ended with the knots and nets of necessity: once you grant that the path of the wise man and the path of the fool are separate paths, you have granted the central condition for the hegemony of wisdom over pleasure – the ascetic ideology. That ideology is not annulled by asserting the hegemony of pleasure over wisdom, however – such is the primitive sense of epicurean materialism, as Lukacs understands it - since wisdom and pleasure, the wise man and the fool, are still kept at a distance from one another. However, there is a moment in that reversal that does not inevitably lead to embourgeoisement, or to the reign of happiness triumphant, the horror that currently bestrides our globe. Or at least that has been my hypothesis – embodied in a life in which, as hypotheses go, it has been rudely and roundly confuted by circumstances. Nevertheless, LI is a stubborn cunt and is going to hold to our glimmers and glimpses into the possibility that the path of the wise and the path of the foolish is the same path, but turns into a different path depending on whether you go forward on it or backwards.

…
So much for the mystagogic intro. Now, let’s get back to La Mettrie, the mythical monster. He was never admitted to the company of the philosophes – for Voltaire, who knew him, he was a fool. Diderot, who was afraid of the proximity of La Mettrie’s thought to his own, also classified him as a buffoon. And who but a buffoon would mistake an eagle for a pheasant, wolf it down, and consequently die of it? Yet I suspect that La Mettrie can’t be laid aside quite like that. He was rediscovered, in the late nineteenth century, for his thorough working out of the Man-machine idea, suggested by Descartes. And this makes him easy to put in a slot for intellectual history. But he does have readers, particularly in Germany who claim a higher status for him, and in particular like to say that the Essay on Happiness is his masterpiece. It certainly seems to prefigure Nietzsche, in tone as well as in certain of its thoughts. This, for instance, could easily fit into The Dawn:

“To live tranquilly, without ambition, without desire. To use our wealth, and not to enjoy it; to conserve it without worries, to lose it without regret, to govern it, in place of being the slave of it; to not be troubled nor moved by any passion, or rather not to have any; to be content in misery, as in opulence: in pain, as in pleasure… to disdain pleasure and voluptuousness; to consent to having pleasure as one is rich, without being too seduced by its agreeableness; to disdain live itself: at last, to arrive at virtue by the knowledge of truth, such is the theme that forms the sovereign good of Seneca and the stoics in general, and the perfect beatitude which follows from it.

How much this makes us Anti-stoic! Those philosophers are severe, sad, hard; we are soft, gay, compliant. All soul, they make an abstraction of their bodies; all body, we make an abstraction of our soul. They show themselves inaccessible to pleasure or to pain, we make it our glory to feel one and the other. Killing themselves to be sublime, they elevate themselves above all events, and don’t believe themselves to be men until they have ceased to be men. Ourselves, we do not have control over what governs us; we don’t command our sensations; avowing their empire and our slavery, we try to make ourselves agreeable, persuaded that this is the seat of the happiness of life: and, finally, we believe ourselves the happier the more we are human, or more worthy of being human.”

That beginning is obviously not going to go down well with the philosophes crowd, who inherited a clinging to the Stoics as a sort of secular religion. With La Mettrie, they were confronted with the crumbling of a hard won hedonism into the bottomless gulf of nothingness. La Mettrie starts several thoughts, in the essay on happiness, that bring us into contact with the Underground Man – whose teethgrinding is, in a sense, the height of hedonism. But the Underground Man’s embrace of the pleasure of pain is, from La Mettrie’s standpoint, simply the refusal to accept our essential slavery – a term that La Mettrie, either following Hume or independently of Hume, takes to describe the relation of reason to passion:

“We, we do not have the disposition of what governs us; we do not command our sensations; avowing their empire and our slavery, let’s try to render ourselves agreeable, persuaded that this is where the summit of happiness lies.”

Having an idea that the issues at play here derive from a sacramental economy that is falling prey to another economy, the grand transformation that is turning every sacrifice into a commodity, it is interesting that the old feudal notion slave emerges as though in a dumbshow to hint, in gestures, that the liberation of the philosophes, the “delices” of civilization, were actually in contradiction with their production – thus attacking the philosophe norm from a different direction than Rousseau. But the logic that La Mettrie follows is ultimately not that much of a departure from that pronounced in the Katha-Upanishad. La Mettrie, in the essay on happiness, takes the stoic theme that the truest happiness accrues to he who tires to find the truth and shows that it isn’t so. Happiness is quite independent from an intellectual search. Those who have no intellect to speak of can well be happy. And it is not possible to deny that they have some mysterious different and lower type of happiness, since that implies what remains to be proven – that the intellectual search for truth is the real, the essential form of happiness.

Rather, as La Mettrie points out, it seems to be the senses that give us pleasure, and pleasure that gives us happiness. Thus, that we receive pleasure from the senses should not shame us – we don’t need the stoic discipline. Quite the contrary. What we need is to lose our remorse for the pleasure of the senses.

“Since remorse is a vain remedy for our troubles, troubling even the clearest water without clarifying the most troubled, destroy it. … We are right to conclude that if those joys that are rooted in nature and reason are crimes, the happiness of man is to be a criminal.”

Writing things like this has made some wonder, of course, how much La Mettrie de Sade read.

One of the paradoxes of La Mettrie’s position is that he pretty much strips away the motivation for intellectual behavior. Which leaves us with two choices: either intellectual behavior is strange – expressing, as with Lucretius, the clinamen – or it isn’t what it seems. As the slave of the sensations, the intellect is, at least, distinct from the sensations. But the possibility looms that it isn’t even that – the slave fades to shadow.
at June 12, 2007

Maybe "the intellect" itself requires rethinking (so to speak). Here's an extraordinary essay by the anthropologist E. Richard Sorenson, entitled "Preconquest Consciousness":

Qlipoth - a comment! On this series, I've noticed such a total lack of interest that I'd despaired of comments! Thank you!

I'll check that link out. I'm definitely interested in the preconquest - if this is about the conquest of the New World. Which is why I threw in that stuff about knots in Peru in the post preceeding this one.

It looks as though La Mettrie is someone I'm finally going to have to read. Laska's site - to which you link - is very interesting indeed, linking as it does LM with Stirner and Reich. As Laska describes it, the true and ongoing scandal of La Mettrie lies in his "negation of the irrational superego" and his insistent denial that our "sense of honesty, decency and justice would be left hanging fom a very thin thread, were it to be freed from the chains of superstition".

"If I keep returning tirelessly to the topic of education, it is because education alone is capable of implanting feelings in us that are in opposition to those we would feel without it. Such [secondary] feelings are a consequence of the changes effected by education in our instincts and our sensibilities."

And this implantation of a conscience or superego frequently produces the very "sins" it is purportedly designed to prevent.

As Laska points out, La Mettrie and Sade were "antipodes"; for La Mettrie is careful to distinguish very explicitly between the voluptueux and the debauché; while the former is "an unbowed soul" as unafraid of his own senses as any healthy animal, the latter is as much a helpless prisoner of the superego as any priest or pedagogue. (Compare the distinction between an atheist and a mere blasphemer.)

Laska also, I think correctly, sees the essay on happiness, rather than Man the Machine, as the central La Mettrian text. It is a fun piece of writing.