Prizes and prophets: against all prizes in the arts and sciences 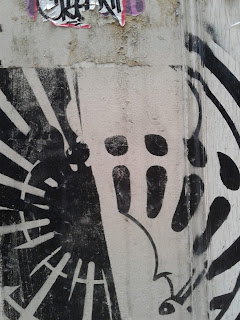 When I was in the second grade, a now dim tidelet of a memory, a weak link over the cholesterol and the neural network, the teacher gave us all a challenge. We were supposed to write down every book we read. At the end of the school year, the person with the most books on the list would get a prize. I can’t remember what the prize was – a pencil sharpener? A gold star? Whatever.
Well, at the end of the year I had the most books. So I won the prize. And was congratulated by my parents, too. But what I still remember was how sheepish I felt. Because many of the books I wrote on my list were only half read. I was being, in a word that I didn’t know back then, “aspirational”.
Perhaps it was that experience that soured me on the whole prize biz. Although perhaps it is because I am not a prize winner. I haven’t won a prize since second grade – it has been a prizeless life. And I have long been puzzled by the whole prize economy. Like, here’s my questions: what is a prize, how did it come lumbering into this here Western Culture, why do we want to “win” them, and particularly why have the arts and sciences centered prizes so much?
First off, lets start with some wild bourgeois speculation. I can, actually, understand how prize mania starts. Prizes are so part of the warp-n-woofery of childhood that it would be hard for American 21st century parents to find a substitute if, through some magic wand, we abolished prize giving. Baby is always being given treats for good behavior. And as baby grows into pre-schooler and then schooler, the treats keep coming at a Pavlovian pace. When the child is bad, you can threaten to take away dessert, or something, thus making dessert a prize. And when you want your child to be good, you often promise a prize – go to the dentist with a minimum of screaming and afterwards you get the ice cream. At the same time, school work and prizes go together like that there ice cream goes with some chocolate sauce. Prizes produce the kind of emulation, or are supposed to, that we want to hatch in our hominids: compete, God damn it!
Competition and prizes go way back in this here Western Culture. Among the Greeks, the very gods competed. It was a beauty competition between Hera, Aphrodite and Athena, judged by Paris, that became the root cause of the Trojan war. The Greeks even marked time with Olympic competitions, where prizes were rewarded – and they rewarded prizes to poets, too. Poor Sappho committed suicide, prizeless and in love, according to legend, while Sophocles won the first place prize for his plays 24 times at the Dionysia, a festival that included play competitions. For the athletes, prizes were ritual objects, crowns, corona, of myrtle or olive. The Romans had a custom of awarding soldiers corona obsidionalis, made of wild flowers. These crowns signified a connection between the divine and the profane world, but one should beware of the Victorian view of the Romans and Greeks as gentlemen competing with no commercial reward – as Moehle points out, the Greek cities gave monetary rewards to victors, even if the judges strictly awarded crowns.  Ancient Greek has many words related to “geras” – the common term for honor. Emile Beneviste devotes a whole chapter to the semantic field of geras in Le Vocabulaire Des Institutions Indo-Europennes, showing that it covers the ground between a particular prize that is contended for an the spirit of honor of, say, a household.
I should note here that etymologists group together prize (or prix) with price and praise, deriving them from the Latin pretium, with further connotations of honor. We still retain that tie with honor in honorarium. The Greeks, however, could very well separate price or gain from prize or honor. Aristotle in the Nichomachaen Ethics writes:
“Now the greatest external good we should assume to be the thing which we offer as a tribute to the gods, and which is most coveted by men of high station, and is the prize awarded for the noblest deeds; and such a thing is honour, for honour is clearly the greatest of external goods.”
The strange economy of the prize is expressed in the strange logic of Aristotle’s sentence – that the thing that is offered to the gods is the same as the prize that is awarded for the noblest deeds. It is as if the nobleman diverts from the gods a certain sacrifice – not materially, but abstractly. It is an odd interception of currency, which is validated by being offered to the Gods – thus, a divine currency – and that consists of the greatest of external goods: honour. That it is external – that it requires an other to recognize it – and that it is given to the gods, but is somehow annexed by the men of the highest station, make it a strange kind of tribute, or currency.