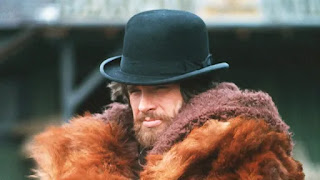 In 2003, an editor named David Barker started commissioning a series of short books on albums, which he called  33 ½. It was a genius idea: Mark Polizzati on Highway 61 Revisited, Warren Zevon on Dusty in Memphis, Jonathan Lethem on Fear of Music, etc.  It is a rather brilliant conceit, which takes up the album as a complete unit. It has rather unravelled – the album that is – since 2003. This was something we all knew was coming with the download/upload Web. Even before the Internet – the B.I. years, as they will eventually be known – peeps were making tapes that bound together different songs to create a different unit of experience. I remember many of those tapes fondly, although if I held one in my hands this morning, I would not know what to do with it – I don’t have a tape player, and haven’t had one since I got my first PC, back in the back of….

Albums are excellent memory objects. I would be easy for me to write, say, short stories infused with my memory about Bob Dylan’s Blonde on Blonde, or Donna Summer’s Bad Girls. Each track could be correlated to some day, or at least epoch, in my life.

Which brings me to my topic: memory.

In my experience, memory has two directions. That is, when I remember, the direction memory seems to take is either straight, direct, or lateral. In the former case, I am like a fisherman casting a line – I cast my mind back and hook my object, that thing or event in the past. Or I don’t. When I don’t, it means I have either forgotten it or it didn’t exist. Psychologists have shown that it is a rather simple matter to create fake memories, in which case what was never there is remembered anyway. But regardless of whether the object is absent, non-existant, or forged, the direction of memory, here, is direct. It is analogous to double book accounting, where the column with the object and the column with the memory are on one plane, side by side. Lateral memory, however, is a different thing. It is about connotations and associations. Memory here is something that emerges without, at times, my having made any effort to remember. I will, instead, suddenly remember. This suddenness has something of the character of waking up – it speaks of two very different states of consciousness. And yet, just as I can wake up feebly, and fall back to sleep, so too I can suddenly recall a thing and then it will slip away. I will forget what I just remembered, or rather, the memory that was forced upon me. If it was something that I wanted to note down, or something that I remember in the moment of remembering that I was supposed to remember, I’ll mentally rummage around. The direct method here fails me, because though I can directly remember the event of suddenly remembering, the object here, the event, is wrapped around something I’ve forgotten. To find that content, I often resort to association – to trying to construct what I was doing when the sudden memory hit me. Or, having a sense of what the content of this sudden memory was – having it on the tip of my tongue – I’ll try to find associates with it – I’ll play a sort of guessing game.

For instance: let’s say I am trying to recall the sum total of my experiences with Leonard Cohen’s The Stranger song. I’d have to recall putting the album,  Songs of Leonard Cohen,  on the bulky fake wood stereo my parents bought at some fortunate point when I was twelve or thirteen, a purchase that informed my entire musical life. I would have to take a memory glimpse at that stereo, which had drawers underneath the record player – needle combination in which I stored my albums. I would have to think about the storing of albums, how they lean thinly one against the other. I would have to think of album art, which at one time had an importance that is now entirely fabulous, since it has no popular existence. It exists now as a small icon on a screen. I would have to remember the album, where I purchased it – without doubt some pre-Walmart emporium on Memorial Drive – and the way Leonard looked not at all pop on the album, but rather pleasingly  like some poet. And I’d have to remember that I did, over time, get by heart the words of that long long song. Then, the first time I saw McCabe and Mrs. Miller, which begins with the Warren Beatty character, in a bearskin coat, riding on a horse through the wilderness – a vision and a sound that shot through me and gave me, and still gives me, the sense of an expanded existence in the wilds of America, a sense that has always remained with me and makes me, in spite of the old tired racisms and idiocies that issue from that country continually, know the country in terms of a crush I will probably never get over. I would have to think about how I instantly recognize the guitar fingerings that introduce that song, which I believe was the first song on the second side – unless that was the Master Song.  I’d have to remember the distinct small scratch of putting the needle on the groove that starts that song, that static which after a while becomes part of the song itself. This is of course a teen memory, the teen slowly dying over the years until it is a mere whisp, like a dead warrior in the Greek afterlife, a summonable being. And then the memory would have to take on my singing of that song, which I have done frequently, especially when driving a car or riding a bicycle – which to me are occasions for singing to myself. More than a shower, a shower is a more pensive adding up things I have to do experience. And this singing would bring up travels – for instance, driving from Atlanta to Santa Fe. And so on.

This kind of lateral memory, with its suddenness and its frustrations as to the exact details of the remembered and memory signified object, is only one aspect of  lateral memory. The other aspect relates memory to the daydream – it is the memory dream.

In fact, in the 1990s, I tried to write a book using the memory dream as a methodological principle. Take an object or event – a humble spoon, or looking out the window – and specify its real instances.  That is, touch in your present, mentally touch, the spoon or the looking in its stark and naked particularity.  Say the spoon is a measuring spoon, part of a set of measuring spoons made of some cheap pewter like material and bound together with a ring, with measurements imprinted on the handle: 2 oz, 5 0z, etc. Or take the window that you looked out of in your ground apartment in Austin on 45th street, decades ago. That view was really a nonview, comprising a sidewalk, some raggedy bamboo plants grown large enough to form a wall of sorts, and behind that a large dull brown fence that was evidently erected to keep the residents in the cheap apartment house that I was living in – marginals all – from peering at the apartment complex next to us, where it was all swimming pools and nice cars and barbecue on the patio. Here, the logician’s great tool – quantification – breaks down, since it really isn’t clear what divides one looking out from the other. The turn of the head? The mental act of attention? Is looking even defined by consecutive looking, or is the lookings out the window that are divided by other events unified by the intention to look out the window – I say, for instance, I was looking out the window, waiting for the landlord. Quantification is, however, a way to get into the memory game – because the fun in the game is to pose these questions so that gradually you broaden the memory dream, you remember, unexpectedly, the waxed paper into which your mother poured the flour mix for the cupcakes, you remember where it was kept in the cabinet, you remember the other things in the cabinet and the smell of vanilla, etc. In a sense, instead of fishing around in memory, here we are treating it as a jigsaw puzzle. And one that is not, it should be noted, played on one horizontal plane – for the connotation of looking out the window can lead you backwards and forwards in time to other lookings out of other windows. The goal is to cut through the cloud of essences in which the particulars in our life have been wrapped. The routines, which excavate the particularity of an event and substitute a likeness of that event – I remember the window not as it looked, smudged, the yellowing curtain in suspense above it, on some particular moment of some particular day, but I remember the essence of looking out the window, a composite of watchings.

Happy days, wiling away my time in the memory dream!

It is said that the Emperor Rudolph of Bohemia, who had one of the largest collections of curiosities in Europe, possessed a vial in which was held the dust from which the Lord made Adam. This is a curiosity indeed, maybe the Ur-curiosity. There’s a number of paradoxes involved in this object. Was this dust the remnant, the leftovers, of the dust from which Adam was made – or did Adam have two bodies, one of human flesh, the other of dust. Memory seems to give us a parallel paradox. We, too, contain the motes of which we are made, the instances that memory represents. Yet the container, here, is identical to the sum of those motes – just as Adam was both that dust and a divine animal. The artist in me would like to collect every mote, every jot. An impossible grab and snatch expedition, granted, but one I am eternally tempted to launch, to lose myself in, finding that lost, interior Eldorado.