Biography of a price - the argument from adventure 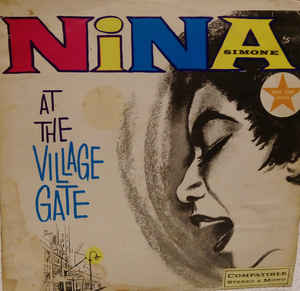 We live in an epoch in which objects have taken one of the attributes of kings - that is, they get biographies. The biography of the fork, the pencil, Wall Street – the transfer of the life story from the human to the inhuman has become quite fashionable, as though, since we all know about the pathetic fallacy, we are allowed to systematically commit it. I jest, ho ho – and in fact, I have to admit that there is something life-like about these things and their passage through our lives. If they aren’t alive, they still have mana – a lifelike power. They become totems.

However, noone, so far as I know, has done a biography of a price. Ah, there’s a subject! One would first have to wrest it from the enormous mystifications of the economists, who know what a price must be without often looking at what a price is, and one would have to restore it to its true nature, its genesis, its type.
Scratch a price and you find an adventure. We’ve become accustomed to thinking that the adventure it encodes is determined by a thing called a “market” – and so mystery calls to mystery. The mystics of capitalism have shamelessly spoken of the “magic of the marketplace” – which serves as an alibi for our adventurer. In fact, all adventurers deal, at one point or another in their careers, with magic. From Raleigh to Cagliostro, from the average American politician to the Spanish conquistador, all have used magic to fill in the gaps, biographical and strategic. But the biographer’s strong suite is a counter-magic: a grasp of details. While the adventurer sheds one persona for another, one claim to effects at a distance for another, one spectacle for another, the biographer, that dogged leveler, reconnects the membra disjecta with a thousand and one facts, with fine filaments of cause, deliberation, association and purposes (a plural that covers serial disappointments, self-subversions and incompatibilities – for the biographer is not your rational expectations robot, explaining that all can be explained through a system that explains anything. A biographer who seeks to explain a life is a biographer who has gone mad).

The critic Harold Innes claimed that the story of modernization in the west is the story of the penetration of the price system. This is an insight that holds together a truth and a falsehood. Just as there are no solitary human individuals – every mother’s son or daughter of ‘em must be a mother’s son or daughter – so too, there is no single price. Price’s came into the world en masse, rather than as a single prototype – no caveman hammered out a price, held it up, and said, now what will this be goood for? But Innes’s insight is also false, in that it treats price system as something autonomous – it is as if, with the word “system”, we move from the puppet to the puppetmaster.

In the first week of April, 1963, Nina Simone and her trio signed a contract to appear for three weeks at the Village Gate for 1500 dollars per week, plus 10 percent commission. We happen to know something about the Village Gate and its prices from an article that appeared in the Village Voice in 1965, which described the Village Gate as one of the few Jazz clubs that was making a profit that year. “Usually two star attractions are presented on the same bill. .. The room is large enough to accomodate a sufficient number of customers to offset a high cost of talent without raising prices to an unreasonable level.” Later on in the article, we learn that the usual cost of the ticket is 3 dollars. The ticket sometimes came with a minimum drink requirement, depending on the event. The price of the ticket, then, is a compound thing – it is a guess at the demand for the performance, which is determined, in part, by the space of the room, and is annexed to other costs and prices – for instance, for drinks. This price is hard to compare, given these variables, to other prices. For instance, we know that in the last week of November, 1969, you could see Nina Simone at Fillmore East, another NYC club, for a ticket price of $3.50, $4.50 or $5.50. This would seem to indicate a very low rate of inflation – 50 cents over a period of 6 years, or around 2 percent per year. But that is misleading since, as we pointed out, the ticket price reflects a compound of other variables. As so often with services, the quality of the good varies wildly.  Fillmore East was the revamped Village Theater, and it flourished until it was closed in 1971, a closing its owner, Bill Graham, blamed on stadium rock concerts – which, Graham claimed, raised the cost of performers and competed on the ticket price with venues that did not have the seating capacity stadiums had.

If we were to do the biography of the price of a Nina Simone concert, we would find that the conditions for it probably satisfy neither the subjectivist economics school – where demand is the sole real determinant – nor the labor value school of economics – where the labor of Simone, her trio, and the staff of the places she sang at combine to give us the base determinants of the price. As if well known, ticket prices defy the demand school – the franchise manager of your local Metroplex movie theater does not try to juice up demand for movies that are unpopular by adjusting ticket prices. It is, normally, one ticket price for every movie. Often this is a condition in the distribution contracts.

All of thse things suggest the adventure school theory of the price. Unfortunately, most economists don’t recognize adventure when they see it. .