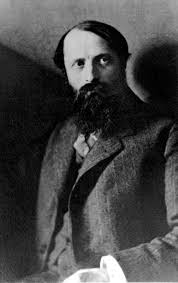 Among the meanings of the Latin verb, arguere, is blame a person for a crime. In Roman law, this is the initial moment in the process of bringing the defendant to trial. James Ayto, in his book Word Origins, takes the arg back to its putative Indo-European origins, where it means white or bright – silvery, as in the French l’argent. How one hop skips and jumps from the silvery moon to “presenting a thesis” is one of those moments in which etymology most slavishly follows an enlightenment ideology, even though it means reasoning by wild analogies. Another etymological school holds that the Hittites, my fave mystery civilization, were at the bottom of the word, with arkuuae – to make a plea. In this history, the quarreling and blaming emotion hidden in argument came out, in English, long after the legal use of the term.

Perhaps: or perhaps, because etymology depends so much on written texts, the legal sense of argument was followed or even proceeded by the ordinary sense of blame. Of course, even on the high cultural plane, argument has a passive aggressive social significance. Anybody who has been in a lounge in a philosophy department and heard “arguments” in favor of, say, realism can testify that blaming is a large part of philosophical reasoning.  Yet it is rare to hear anybody speak in favor of blaming as a guide to practical reasoning, much less reasoning.

In the twentieth century, argument has seemed to some philosophers to be too legal, too formal, to encompass what philosophy does. That last silvery glimmer of “wisdom” is drowned in the arg-ument, according to this view. So there are other candidates to take argument’s place: conversation, dialogue, discourse, deliberation. Martin Buber in the 1920s was proposing dialogue, or, really, conversation. Mikhel Bakhtin, who was the great proponent of plurivocity, claimed that Buber was the greatest philosopher of the 20th century ... “and perhaps in this puny century, perhaps the sole philosopher on the scene.” Bakhtin was obviously impressed with the book Buber published after I and Thou – Zweisprache, translated as “Dialogue” and included in a collection in English with the very pipesmokin’ title of Between Man and Man.

Richard Rorty ended up, as well, advocating for “conversation” and even dissolving philosophy into conversation. In the Consequences of Pragmatism, he wrote that his conception of pragmatism “...is the doctrine that there are no constraints on inquiry save conversational ones — no wholesale constraints derived from the nature of the objects, or of the mind, or of language, but only those retail constraints provided by the remarks of our fellow inquirers.” This seems to give inquiry over to its circumstances without a thought for how those circumstances came to be or how conversation influences and changes them, and maybe Rorty would say that since we have the sciences, which do inquire into and make our social circumstances, then philosophical inquiry just goes on in reference to this greater circumstance.

Or maybe he would not. Myself, I think that democracy produces a difficult mixed mode of discourse, in which argument – the presentation of a thesis – and arguing – the fixing of blame – compete and mate with each other. One of the sociologically interesting things to me about the vids showing the Capitol rioters is that so many of them are so prompt to make speeches. The speeches are, very often, very badly argued, because argument has become almost completely a quick finding of blame – blame for a crime that these people feel has been committed against them. I don’t think that crime is the stealing of the election, which is the surface prompt for the violence. But stealing is definitely at the core of it, the sensation of being the victims of a steal even as they steal. And this poses some interesting questions about how arguing and argument work within an ethos framed by the Atlantic revolutions in the 18th century.

I’d like it to be the case that Buber has discovered the magic key to lead us out of this moronic inferno. Notoriously, the I and Thou was shattered in the Germany he lived in. And Buber was not happy with the Israel he helped to found, since the conversation there turned exclusionary.

If it isn’t a magic key, though, it is certainly suggestive as to how the current political situation not only in the U.S., but everywhere in the old democracies, can be understood.

I’m big on the understanding front, since I suck on the persuasion front. Perhaps there is no politics of the “thou” – the kingdom of the you is inside you. It is from the lack of politics that we can work towards politics, maybe. Maybe.