Competition: chose your level and make your bets 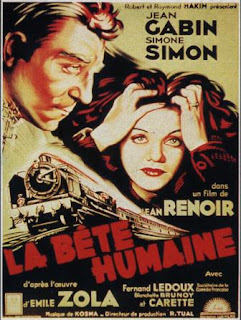 We don’t know what is preferable for us: to defeat them or to be defeated. The sons of Dhritarashtra are in front of us. In killing them, we will lose the will to live. – 6th verse, 2nd chapter of the Bhagavad-gita, from the French translation of Maharishi Mahesh Yogi.

“Within the social circumstances prevailing by way of capitalist production, even the not capitalistic are dominated by capitalist notions [Vorstellung]. In his last novel, the Peasants, Balzac, through a deep comprehension of real relationships, strikingly represents in general the small farmer who, in order to remain in the good graces of his moneylender, performs all kinds of labor gratuitously, not thinking that he is giving him anything, because his own labor doesn’t cost himself any ready money. The moneylender on his side thus kills two flies with one blow. He is spared spending money himself in wages and entangles the farmer, for whom the lack of working on his own field is more and more ruinous, deeper and deeper in the toils of the web of usury.” Capital, 1904 Book 3, 14 [My translation]

Adam Smith’s theory gave a robust place to competition in the changing but stable composition of the ‘natural order’ of the economy. Partly, this role was dictated by Smith’s polemic against monopolies - they disturb the economy, that ‘disturbance’ being underlined by their deviation from the natural order of competition. Of course, for Smith, monopoly is a state intrusion into the private sphere – and indeed, one could say that is still so, insofar as the frontier of intellectual property has replaced the frontier of ‘fresh’ territories. But that polemic is partly based on the idea that competition will make for the social good, as it would lower the price of goods. This is obviously good for conumsers. For the capitalists, as competitors, this will create an incentive to the most efficient operation of the enterprise, and make any technological innovation welcome, in as much as it displaces rivals.

Now, as I have pointed out, the ideological work of the capitalist system is seen at its most successful in creating the character mask of the competitor for the laborer. In our time, the workers work against each other not only in terms of the price they put, or can put, on their work, but also in as much as they must partake of the treadmill of skilling and de-skilling, which has advanced beyond what it was in the first industrial era - much as Marx predicted. The capitalist system seeks the maximum level of interchangeability among all the members of what I’d broadly call the working class – that is, the class who do not own the means of production. Thus, as members of that class strive to attain a higher price for their skills – investing in education and training – the organizations that hire them strive to devalue those skills by breaking down the peculiarities inherent in their routines. That is, the system strives to make them purely quantifiable. Consequently, we see such things as this: in the white collar world – say, of academia – the ‘uniqueness’ of the academic skill set is continually confronted (and the academic anguished by) the quantitative protocols by which the organization not only judges it, but by which it shapes an interchangeable work force. This is true everywhere there is R and D – the single inventor is replaced with the laboratory worker, the engineer is continually forced to market his labor inside the organization, etc. In the eighties, it became faddish – and still is – to speak of the worker’s “owning” their projects. Now, of course, the workers know that the projects are owned by the company. But the false ownership relation does its ideological work by turning the workers into small entrepreneurs, engaged in rivalry one with the other, or in temporary alliances. In this way, the workers never face the organization as an associated whole. To call the project workers the ‘owners’ of the project is an interesting instance of what Althusser meant by interpellation – that the first ideological act is the identification implicit in greeting, so to speak.

This is almost all I want to say, at the moment, about competition on the level of the relations of the workers among each other.

Competition as the system wide entrance of the capitalist system into world history has a history in Marx that we have been following too. One way of thinking about it –as per Marx’s example, taken from Balzac – is this: wherever the full force of capitalism confronts non-capitalist economic formations, capitalism devises strategies to exploit that formation. Capitalism, in other words, plays to win. The non-capitalist formation – or at least, those formations that might be considered ‘pre-capitalistic’, with different bonds and obligations that shape what can and cannot be exchanged, what the worker is aiming to achieve, how ‘property’ is owned, and in general, what rules govern the reciprocities that make up the non-capitalist economic order – does not, similarly, play to win. It may resist with military force, but it does not expand – that is, it does not expand against the capitalist system. The Apaches may seize the territory of the Navajos, or the Comanches may raid San Antonio, but their sense of purpose does not have any correspondent to the capitalist desire for new markets.

There are 20th century anthropologists who would disagree with this to some extent. Yet I will hold this out as a general rule over the last three centuries. Although within the capitalist system, as I have insisted, there are strong subsystems structured by reciprocities that capitalism has never been able to overturn, and which it even depends on – the transactional order, to use Maurice Bloch’s term, of the non-capitalist French peasant will never win in its contest with capitalism. It will never even become fully conscious that it is competing until the competition is over – hence, the strong nostalgic impulse in the literature of whatever culture in which this competition has been staged.

But how about the Smithian level of the capitalist class itself? How can we rely on the solidarity of that class, as Marx does, to understand the essential features of capitalism, if that solidarity yields, so easily, to competition among the capitalists?

In fact, there is a certain folk believe that this is where Marx was wrong. The story goes like this: although in the first stage of capitalism, it was to the interest of the great industrialists to lengthen the work day and diminish wages to the greatest extent possible, at the same time a sector was emerging that depended on the sale of consumer goods – and thus, allied with the workers to pass government imposed reforms that made mitigated the plight of the workers and made them a market. These consumer goods were peculiar in that they increased return on investment, instead of decreasing it. The basic design of an automobile, for instance, allowed for numerous kinds of automobiles to be made, and through marketing and further design, for the conumer to be continually in the market for a new automobile. Thus, competition of various kinds – between branches of production, and between capitalists in the same branch of production – produced an incentive that, firstly, set the standard level of living above the subsistence level, which meant that the workers were not only able to replenish their life functions and become consumers upon whom capitalists depended, but also actually accumulate assets. Keynes once speculated that rentier capitalism would die in the future, as there was less and less need for the rentier. Instead, it widened to include a considerable portion of the working class.

A variant of this folk story has been the legend under which we have lived for the past thirty years.

"if that solidarity yields, so easily, to competition among the capitalists" - kind of the ol' unity of oppposites, isn't it?

Without competition, bourgeois solidarity could not exist.

Mr. K, without competition, a team within a league would not be able to exist. But I think here the notion of competition as a sport reaches its limit, applied to the ties that unify the bourgeoisie.

It may well be that investment and credit markets exist, partly, as social practices, to affirm those ties - so that the 'losing' capitalist who owns firm Y also has stock in firm X. Their economic role in allocating capital would then also function to create class solidarity - the solidarity of investors.

A hypothesis. But, in terms of what Marx thinks about this, he delivers some lightning bolts in the (English) chapter 25 about competition and concentration that I'd like to tease out a bit.

If competition is a sine qua non, then it is a class interest. At one pole you have competition and the class-interest in regulating it. And the other, simple fraud, and the need to regulate it. Preserve by hedging.

interesting. the IAS League just came up, but i must send that in email

NHF 2275 = 2:1. TWENTY-TWO FOUNDATION LETTERS: THREE MOTHERS, SEVEN DOUBLES, AND TWELVE ELEMENTALS. THE THREE MOTHERS ARE ALEF MEM SHIN (אמש), THEIR FOUNDATION IS A PAN OF MERIT, A PAN OF LIABILITY, AND THE TONGUE OF DECREE DECIDING BETWEEN THEM. [THREE MOTHERS, ALEF MEM SHIN (אמש), MEM HUMS, SHIN HISSES, AND ALEF IS THE BREATH OF AIR DECIDING BETWEEN THEM.] = AND EVEN IN GERMANY, THERE IS SOMETHING MORE TO SAY - OR RATHER THERE ARE OTHER TEXTS TO POINT AT. FOR INSTANCE, ONE CAN LOOK AT MARX'S FORTIES TEXTS, AMONG OTHER YOUNG HEGELIANS, AND SEE A CERTAIN DELIGHT IN RECODING HEGEL BY TURNING HIM UPSIDE DOWN. INVERSION — VERKEHRUNG — AFTER ALL, IS A SORT OF ENCOUNTER OF LOGIC AND PANTOMIME (A harlot high and low) = IN EISNITZ'S THEORY, PERSONS WHO CLAIM THAT THEY ARE BORED WHEN THEY PERFORM A REPETITIVE TASK ARE REALLY SAYING THAT PERFORMING THE TASK IS PREVENTING THEM FROM ENGAGING IN SOME OTHER ACTIVITY THAT THEY WOULD FIND PERSONALLY REWARDING. THE ACTIVITY CURRENTLY ENGAGED IN, THEREFORE, IS LABELLED AS BORING (The Effectiveness Of Cognitive Strategies For Reducing Boredom During Repetitive Task Performance).