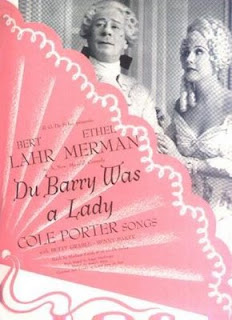 Jeanne Becu, known to history as Madame du Barry, was presented to Louis XV’s court on April 23, 1769. The king was sixty. His old mistress, Madame de Pompadour, was dead. Long before she died, she had become his procurer, along with his valet, finding an endless stream of girls for his majesty to have sex with. Oddly enough, given this history, Louis seemed to be enchanted and surprised by Jeanne’s sexual prowess. Who'd have thought the innocent with the girlish voice would know so many bed tricks? Jeanne herself was a former servant and window dresser. She’d caught the eye of a certain Jean du Barry, a minor nobleman and a major pimp. She was his ticket, the best thing he’d ever bet on.

The King’s highest official, Duc de Choiseul, cordially detested Jeanne – or rather, uncordially. That she was a peasant and that her mother was a servant made it impossible for him to like having to tolerate her presence at Versailles. More than that, though, he detested her pimp. Choiseul had met Jeanne before the king had encountered her. She’d come to his office to beg, on behalf of Jean du Barry, for the contracts supplying the government in its pacification of Corsica, a major source of graft. Choiseul, after the disaster of the Seven Years War, had been trying to stamp out graft, which, he correctly saw, was destroying the monarchy.

Given Choiseul’s disgust, his strategy was clear. Paris began to fill with anonymous pamphlets about Jeanne Becu. Choiseul had access to the police file on Jeanne, which was ample. A obscene song about her went the rounds, and was even sung at Versailles.

Choiseul overreached. The King was infatuated. Eventually, Jeanne won the tug of war. The Duc de Choiseul was exiled to his estate near Toulouse. Jeanne and her corrupt cronies had the ear of the King. Louis’ popularity plummeted even further. Du Barry prefigured Marie Antoinette - although the later couldn't stand the former, and had her put in a nunnery after the King her lover died.

Now, here’s the question. From the sociological point of view: what was the meaning of those libels, that song?

This question may seem at some distant disjuncture from our current thread about Nemesis. Bear with us.

In an excellent essay (Sanctions diffuses. Sarcasmes, rires, mépris)
in the Revue française de sociologie, (1990, Volume 31: 4), Ruwen Ogien goes back to a distinction between diffuse and organized social sanctions made by Durkheim in the Rules of Sociological Method, and goes forward to Goffman’s interactionism, to help us understand laughter as a social phenomenon.

Durkheim’s example of a diffuse sanction is, indeed, the laugh. “If, in dressing myself, I paid no attention to the usages followed in my country and class, the laughter that I would provoke, the distance at which I would be held, produces, even if in an attenuated manner, the same effects as a penalty (peine).

Ogien thinks that Durkheim’s notion is good, even if he doesn’t make enough of it himself. There is an informal moral economy, which Ogien thinks has some commonality with Goffman’s domain of interactions. In Durkheim’s view, the laugh and the prison are two degrees on the same continuum of the sanction. The diffuse sanction is applied without “the mediation of a constituted and defined body.” The organized one is applied by such bodies.

“Thus, Durkheim’s diffuse sanctions circumscribe a system of rights and responsibilities distinct from the Law and Morality and permitting us to identify a quite specific name that we only have to name.”

Because we can make predictions about the informal moral sphere, we can operate on it. In fact, this is what Choiseul’s strategy depended on. Court societies – and fragments of court societies, such as the social circles described by Proust - are factories of the diffuse sanction. It is when the interaction becomes dense, heavy with hints and rules, that we see our three familiar figures, the adventurer, the politician, and the writer begin to merge.

Nemesis has a home outside the breast. It has a footing.