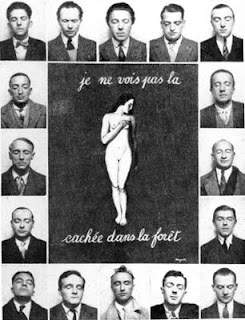 In a higher phrase of communist society, after the slavish subordination of the individual to the division of labor, and thus, also, to the opposition of mental and physical labor has disappeared; after labor has become not only a means to life, but even the first of need of life [sondern selbst das erste Lebensbedürfnis geworden]. after the productivity of the individual has grown along with his all around development, and all the springs of social wealth flow fully – only than can we surpass the narrow horizon of bourgeois rights and society can write on its banner: from each according to his abilities, to each according to his needs!”

Marx took this irresistible phrase from Louis Blanc. In the History of the Revolution of 1848, Blanc, a Saint-Simonian, wrote:

Weakness is the creditor of force; ignorance, of instruction. The more a man can do (peut), the more he ought to: and this is the sense of those beautiful worlds of the Gospel: that the first among you must be the servant of the others. From whence, the axiom: from each, according to his capabilities (facultés). This is the obligation.

But, with the capabilites, man has received needs from nature: intellectual needs, moral and physical ones; needs of the heart, of intelligence, of sense, of imagination. Thus, by what means may each fill the function in which nature created him, if social institutions which weigh on him make a barrier to the complete development of his being, in refusing him the satisfaction of needs inherent to his particular organization? From whence – in the limits of common resources, and in taking the word needs in the largest and most noble of acceptations – this axiom, which corresponds to the first and completes it: to each according to his needs. This is the right.” (148)

Droit and Recht, by the way, don’t translate well into English, which lexically distinguishes between the law and right in such a way that ‘rights’ doesn’t carry the load of connotations that the translator would like to imply.

Traditionally, this phrase has been analyzed from the distributive side. The “to each according to his needs” seems to give us a principle of fairness for our economic system – while from each according to his capabilities, or abilities – Fahigkeiten or facultés – sinks into the texture of everyday modern life, a revolutionary demand, perhaps, to make to a semi-feudal order that would condemn the child to follow the parent, but nowadays a commonplace, which we have no need to worry about.

Li does worry, though. For in sweeping away the traditional compulsions, the industrial-market system also sweeps away the craftsman’s attachment to the craft, the farmer’s attachment to the fields – putting in its place the demands of abstract labor. Whether in a market society or in a socialist command and control society, the bond between the person and the labor undergoes a weird dialectic – on the one hand, the person is freed to do what he or she wants, and on the other hand, the bond of affection to one’s chosen faculty becomes so dependent on either market forces or the planning of the state that, in effect, the laborer becomes interchangeable. That interchangeable entity has a name, now: human capital. The momentary intensification the individual, to use Marx’s word, the liberation from feudal bonds, passes quickly into the bonds of a collectivity that can, ideally, shuffle the individual from one situation to another – making this or that skill obsolete, shuttering an economic sector, mobilizing the masses to work on this or that task. It makes one wonder about the slogan on the banner.

I, the substitute – this could be written on the tombstone erected above the individual’s individual moment. To go from one slogan to another. LI wants to bring together the substitute and transgression – to go back to Foucault’s essay. Which we will, hopefully, do soon.