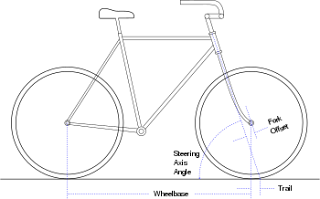 While the aesthetic sphere is full of objects corresponding to the sense  of sight or of hearing, there are no objects directly correlating to the the sense of balance. Dance and sports are the closest we get. Roger Caillois was clever in noticing the role of dizziness in certain kinds of games, which he categorized under the rubric ilynx. Caillois was not a systematic thinker; he was also a Cold War liberal of the very anti-marxist type. These two facts have to be held in mind when reading Jacques Ehrman’s terrific attack on Caillois in “Homo Ludens revisited” (1968), which holds a special place in the history of deconstruction in America.  Ehrman’s attack must have sounded like Martian in 1968, while now it is part of our lingo:

“For finally, if the status of "ordinary life," of "reality," is not thrown into question in the very movement of thought given over to play, the theoretical, logical, and anthropological bases on which this thinking is based can only be extremely precarious and contestable. In other words, we are criticizing these authors chiefly and most seriously for considering "reality," the "real," as a given component of the problem, as a referent needing no discussion, as a matter of course, neutral and objective.”

Still, given the limitations of Caillois ideological adherence to the White Mythology, it is also true that Caillois provides the elements for throwing into question – that is, getting dizzied by – the “very moment of thought given over to play.” Ehrman’s thesis has still not inflected our official historiography, which looks towards vast economic forces, or a high concept notion of politics, as its objects, and leaves aside such things as drugs, inebriation, sport, etc. as minor concerns. You will find much more about drugs and drug smuggling in journalistic history accounts than you will find in any recent academic history of, for example, Cold War America, thus separating “ordinary life” from the “extraordinary” life of the historical process.

The meeting of ordinary life and extraordinary life in the governance of our somatic chemical structure does, I think, go back to how an official sense of balance is maintained and idealized in the moral sphere. Ilynx is not easily exorcized, and it pops up in philosophy too – that very peculiar discourse of extraordinary life. Marx’s notion, or non-notion, of revolution plays an illynx like role in his larger framing of modernity.  Nietzsche’s notion of the “eternal return of the same” – that reactionary version of revolution – is, I think, a form of vertigo, of getting lost in time and space, in as much as time and space are themselves lost, never original, always copied.

Emile Cioran, in the Twilight of Thoughts, writes about vertigo as an existential expression of the most radical doubt. I think vertigo is an important, maybe a governing condition in Cioran’s work. For Cioran, the verticality of the human animal is primary to that animal’s domestication – it precedes language. Vertigo is thus a strike against the empire of the human.

“Everything that is not inert must, in different degrees, support itself. And how much more must man, who only accomplishes his destiny inventing certitudes and only maintains his position by the tonic of illusions. But he who begins to face himself, who slips into the transparency of his own position, who is a man only through the indulgences of his memory, can he still call upon the traditional support, his animal verticality, can he still hold himself up when he is no longer himself?”

For Cioran, the fall into time is really a fall, a threat to the backbone, a passage down and down the dark well.  In Cioran’s opinion, a romantic anarchic one, all of history is an injury to the sense of balance.

Which brings me to an instance of balance finding itself. I saw this. I saw it this Sunday, in Parc Royal, when Adam showed me how he could ride a bike. He had tried bike riding last year in Montpellier, but he never made it past the stage  of his parents holding him up. This year, after ardently wishing for a bicycle, one appeared under, or not really under but leaning next to, the Christmas tree. We took him out to Parc Picasso, one cold Thursday, and went racing about with him. It was A. who figured out that the perfect thing was to hold onto the back of his coat while he pedalled along, his little helmet slopping jauntily over to one side. She would let go for ten seconds, twenty. Then, catching up, hold again. Saturday, I did not go with them to the Parc. And as I was sitting at home, pretending to work, I received a video from A. It showed Adam biking by himself. Biking all around the course in the Parc Royal! I was filled with a parent bird feeling. The nestling spread its wings. The vacant air became a living thing. The boy, 8 years old, attached to a metal frame and two wheels, found his balance Tao. Joy filled the world.

The part that is left out by the thinkers of vertigo.