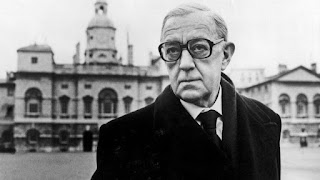 This summer I re-read a lot of John LeCarré novels from his prime years – the 1960s and 1970s – and read a few from his decline – the 2000s. The George Smiley epic, even if you already know how it turns out, does everything right, suspense and clue wise. The ones in the 2000s, though, show the machine is rusty – the suspense is eminently leavable – it is the kind of novel you dogear on page 154 and never return to. The fate of all too many summer novels.
LeCarré is a spy novelist, which means he is a political novelist. The period he achieved his peak in was also a peak and terrible time for Western Intelligence agencies. From Guatemala to Indonesia, from Malaysia to Kenya, Western Intelligence agencies tortured, bribed, trained fascists and generally oversaw misery on an unprecedented scale – Indonesia alone witnessed half a million dead. On the other side, nothing that the Intelligence agencies did , with all their vast holdings of dark money and networks, dented in any way the Soviet empire. They systematically misinterpreted the Soviet empire, feeding that information to politicians. Their real success was helping to establish a sort of franchise colonialism, where National Security States operated as colonial governors to keep erring populations in line.
Yet this focus on what they did outside of their native realms should not be allowed to obscure what they did inside those realms. Inside the realms, they operated to institutionalize a hard, solid limit to left politics in the “democracies’. Socialism and the M6 were inherently incompatible – hence the slapstick attempts at overthrowing Labour governments mounted by Intelligence officers. Similarly, Intelligence agencies in France and Italy were always involved at the edges with far right groups that, at least in Italy, posed a real threat of coup d’etat. In Greece, of course, they succeeded for a time.
The great fright of Capital in the 30s – that militant labor would achieve its goal of evening up the power of decision between Capital and Labor – was quashed for thirty years, until, in the 1980s, the labor movements had “no alternative”.
This is where I’d locate LeCarré. JFK of course preferred James Bond, since JFK was bred to both despise and envy the British dandy. But the cold war liberal, the people who were more inclined to take their cues from “serious” cinema like Seven Days in May, saw in LeCarre’s books the moral struggle they could identify with. The weariness of the white man’s burden, the betrayals and traps that were the price of preserving our freedom – it was all there. But that recognition of moral struggle was not, was never, moral “equivalency”. There could be no such thing when one side – our side – was good, and the other side was evil. Our side was for freedom and free trade, their side was for slave labor camps and central planning. Ah, we know the drill – or those of us old enough to have experienced the Cold War.
From my perspective, George Smiley and company are successful as cliffhangers, but as inlets of moral struggle, they don’t pass the grade. The planting and rescuing of spies, the moles and their hunters, all seem engaged in trivial pursuits. What is striking is how parallel these secret organizations are to the terrorist organizations, the Red Brigades, the RAF, which emerged in Europe in the 70s. Both were compelled, by the logic of their organization into secret cells, to put their energies increasingly into self maintenance. The Red Army Brigade, for instance, began as an organization that was going to take on the only partially de-Nazified German state, and quickly evolved into an organization concerned with freeing its members from state prisons, or fleeing the state’s gaze. The M6 as a secret service fighting the Soviets was a massive failure, never really disrupting the Soviets at all – but it quickly became, as LeCarré’s novels show, a self-involved organization that basically chased its tail and spends inordinate amounts of time trying to rescue its lost agents – agents that were out ‘in the Cold’. Most unmilitary. It is the rare army that choses to coordinate its battle plan with where the enemy has taken prisoners of its soldiers. That’s simply an absurd way to fight.
This, I think, is the inadvertent lesson of the LeCarré spy novel. The reading of which makes it clear that we have to find another reason, a non-military and political reason, for the phenomenal growth of intelligence services since 1945.
at December 21, 2020

Thanks for your writing. Happy New Year.

From Guatemala to Indonesia, from Malaysia to Kenya, Western Intelligence agencies tortured, bribed, trained fascists and generally oversaw misery on an unprecedented