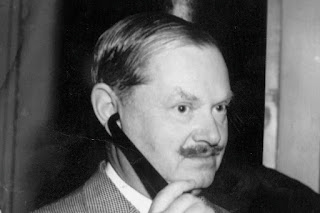 There is an attitude that is at the base of great English comedy, from Twelfth Night to Wodehouse. It is the moment when judgment – moral or aesthetic – shifts to the register of competition. To judge that a thing is bad is a philosophical task, but in the novel of real life, we more often judge that a person is bad. We more often think, that is, about how we don’t want to be or function like X, and create a negative figure out of that moment of negative choice. Those are the figures, in essence, that we compete with. And often, the badness of the figure becomes stronger than the reasons we hold an act or a function to be bad. Out of this comes snobbery and wounded dignity. The latter emerges from the moment in which we are squeezed between the figure that represents ‘how we don’t want to be’ and something that upsets our judgment about how we don’t want to be. I don’t want to be a liberal academic, or a poser, or a fan of country music, or a supporter of  Donald Trump, etc., etc. translates into a satisfying comparison with liberal academics, posers, fans of country music, supporters of Donald Trump, etc. At least I am not X: This is the moral stance of the contemporary hero. Sketching out this aspect of moral life, it points to a problem in the way sociologists mapping out our positive identifications as a primary property of the modern subject. That’s an idealistic stance. Dis-identification is just as important. It might seem like the logical endpoint of “how we don’t want to be” is enmity. But the origin of the enemy is in combat, and there is always something mortal about enemies. You wish your enemies dead. Your enemies wish you dead. Whereas dis-identification is more about edging away from people, and the horror that it wishes to avoid most is: being surrounded by. Being surrounded by Republicans. Being surrounded by anti-war types. Being surrounded by lefties, righties, pinkos, rednecks, yahoos, jerkoffs, feminazis, dittoheads. Whatever. To be surrounded by cuts off the ability to edge away. Terrifyingly, to an outsider, one can be identified with the crowd of ‘how we don’t want to be.’ This is where English comic writers come in – where in French literature, the thousand meannesses of everyday life are treated as though they have a certain grandeur – think of Lisbeth’s revenge in Cousine Bette – since the French have a genius for enmity, in English writers, those meannesses are filtered through the comedy of wounded dignity or snobbery, since the English genius is for edging away. Dickens, of course, is the first writer who comes to mind.  In lesser novelists this comes out more directly.  E.F. Benson’s Mapp novels, for instance, all fasten delightfully on the town of Tilling, a sort of suburb for the aspiring, and here meanness, hypocrisy, invidious comparison and snobbery are very foundations of village life and the source of the thousand and one differences between a general mask of amiability and a sudden and brutal dislike lurking just below the surface, and most apt to emerge during a game of bridge. Tilling is a town of retirees, mostly, on limited incomes, but with high social standing. And of course it is picturesque, a tourist spot, and the perfect place to make the most of a limited income.

I should say that there is another English tradition that is closer to the French, and it extends from Ben Jonson to Evelyn Waugh. In this tradition, the humor of edging away is treated as a weakness, and the claws are on display. The perfect novel of this type is Waugh’s Handful of Dust, which ends, logically, with the savaging of Dickens. Waugh’s unapologetic snobbery was called “dark humor”, which simply means that it dispenses with the key ingredient of English humor, the comedy of edging away, for the comedy of the brutality of circumstances. One can’t imagine a Wodehouse novel featuring a man prisoner sawing off the head of a prison chaplain, as happens in Decline and Fall. Or Wodehouse giving a funerary send off, all piss Pater,  to one of that novel’s great characers, the teacher/scoundrel/pedophile, Grimes:

“But later, thinking things over as he ate peacefully, one by one, the oysters that had been provided as a 'relish' for his supper, Paul knew that Grimes was not dead. Lord Tangent was dead; Mr Prendergast was dead; the time would even come for Paul Pennyfeather; but Grimes, Paul at last realized, was of the immortals. He was a life force. Sentenced to death in Flanders, he popped up in Wales; drowned in Wales, he emerged in South America; engulfed in the dark mystery of Egdon Mire, he would rise again somewhere at some time, shaking from his limbs the musty integuments of the tomb. Surely he had followed in the Bacchic train of distant Arcady, and played on the reeds of myth by forgotten streams, and taught the childish satyrs the art of love? Had he not suffered unscathed the fearful dooms of all the offended gods of all the histories—fire, brimstone and yawning earthquakes, plague and pestilence? Had he not stood, like the Pompeian sentry, while the Citadels of the Plain fell to ruin about his ears? Had he not, like some grease-caked Channel-swimmer, breasted the waves of the Deluge? Had he not moved unseen when darkness covered the waters? “