A day in the life in Paris 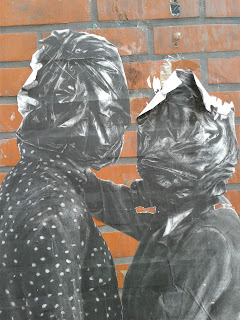 My brain is a “who’s who of the forgotten” – to cop a phrase used by the critic Alexandre Geffen to describe Nerval’s Les Illuminés. Nerval’s book was devoted to various of the neglected fanatics of literature. The idea of lives as being, as it were, volumes in the Library of Babel is a metaphor for the brain – and has been used by neurologists and biologists themselves. There is a sense in which it is libraries all the way down, from the neurons in our head to the chromosomes in that mysterious thing called the gene. There’s a case to be made that the library is the most important invention of culture after fire and agriculture, for the framework around the text – the clay tablet with the tax list in Sumer, the voter’s shard in Athens, as well as the papyrus texts that we recognize as books, etc. ­– gave us a sense that information can be organized, that disparate objects can be collected, arranged and consulted, forming a larger whole than the parts.
My who’s who would include my classmates throughout elementary and high school, most of whom I can’t recall. Yet their names and faces exist, or did exist, in my brain, and I have had experience that many things I think are forgotten pop out, suddenly, in my memory. “Memory” – we have a penchant for attributing positive affordances to the brain, and not negative ones: thus, no neurologist studies the “forgettery”. Forgetting is instead to be linked to memory as a failure, or a glitch.
Certainly as I have continued in existence (I grow old, I grow old, I shall wear the bottoms of my trousers rolled) I know more things, and thus have more disparate objects to put in my memory, and forget more things. Vast amounts of things. The proportion between my memory and my forgettery leans heavily to the latter – for instance, almost all the childhood years. A disparity that is embodied in the parents’ memory – we raise and love a child at one, two, three, four, five, knowing vaguely that, like us, that child’s memory dump will later include most of those years. We don’t think about it, though -it is almost constitutionally repulsive to think about it. Yet, still, everyone at one time or another has a theory about forgetting.
My theories are heavily influenced by Freud. Freud after all came up with a systematic way to look at forgetting, via the mechanism of repression operationalized by the unconscious. Although to say that the unconscious operationalizes lends it an agency that is surely itself in question. Hmm. In any case, Freud’s theory has been endlessly debated. I think that the debate should be grounded in a less absolute sense of repression – that is, forgetting is determined by many factors, and the operationalization of forgetting, the particular forgetting styles, respond to one or another way these factors dominate. There is a case to be made that with all the sense data we take in – and this we is broad enough to encompass all the mammals and probably the fishes in the sea as well – much of it has to be shunted to the “wastebasket”. Again, this mechanism is a bit unclear – the intentionality is written into the instructions, yet I’m not sure how that is supposed to work. It is as if underneath the neurological image of the brain there is, indeed, a forgettery – which has, to be all Lacanian about it, a topological resemblance to Freud’s unconscious.
I was pondering the who’s who of the forgotten yesterday as I went out to buy a poulet roti at the butcher’s shop on Rue de Bretagne. As I came up Rue Charlot, I had one of those moments that the surrealists lived for: metaphors jumping to life in the city streets. There, on the sidewalk, in front of a photo shop, was a thousand or more snapshots, old family snapshots, in a box. You could take a handful if you wanted. Surely the box was meant for the garbage man. I looked through the snapshots, and they were absolutely dull: a baby in a crib, probably from the nineteen sixties, a wedding, a vacation. The dullness was all in the fact that these were not my memories, this was not my who’s who. Yet they were somebody’s. They were dead to me, and someday I will be dead in the same way, my who’s who all shut up. I didn’t take any of the pics, but continued on my way, with the vague feeling I’d been an intruder, there.
at October 01, 2020