When Complacency is an option. 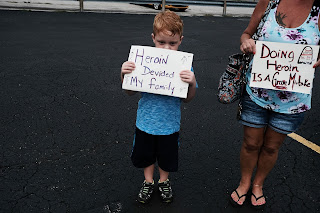 For those who are connoisseurs of political reporting banality, the ending of John Cassidy's column is another log on the fire: Here's the last graf:
'For anyone who wants to see Trump lose, it may be tempting to view parts of his reëlection campaign as a money-making scheme, and a family affair. Yet even with his abject failure to respond to the challenges posed by the coronavirus pandemic, polling indicates that the President has roughly the same base of support that he’s always had: according to the FiveThirtyEight poll average, his approval rating stands at 41.4 per cent. Trump and the viewers of “Triggered” and “The Right View” won’t concede of their own accord. Between now and November 3rd, Biden and his supporters will have to go all out to defeat them. Complacency isn’t an option.
"
This might be the 3,403,122nd time I have read that "complacency isn't an option." Which brings up the question, when is complacency an option? The answer to that, appparently, is when politics has to do with wealth inequality, universal medical care, global warming, the pandemic, the fall of the working class, the rise of deaths of despair. There, complacency is not only an option, it is a preference.
at August 09, 2020