The municipal libretto weaves together all kinds of speeches and rhythms, from the American east coast tourist to the Tunisian proprietor of the kebab shop. Italian, German, Chinese, Japanese – when I go out in the Marais, this is what I expect to pick up.
Covid has marked a change. A change that has not been marked, or at least I have not read about it yet - a moment in Paris’s phonic history. This spring and summer, the tourists are gone. I walk down Vielle de Temple, I walk down Rue de Bretagne, and from the cafes arise: only French. Paris has not been this French, I think, in a long time. Maybe since the Commune. Like an American chiropteroid, my ears are keen for American, and since I’ve lived here – going back to 2010 - I’ve felt how in the great Paris opera there is a strong American current. Paris is as much the New Yorker as it is Le Monde. I don’t have the figures, but I’d guess that perhaps 100,000 Americans live in the greater Paris area. Plus a considerable portion of the annual 30 million who pass through Paris, tourists or dealers, students or bankers, etc. 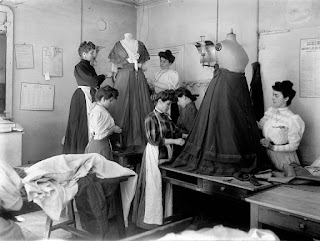 I wonder if French ears have picked up on the subtle difference in the soundscape. In the 20s, when American literature shifted to Paris, the Americans lived in their own bubble, and the French in their’s. There’s a wonderful book by the Canadian writer Paul Glassco, Memoirs of Montparnasse, about the Americans - and Canadians. It was a tribe concerned with art, sex, and drinking, and the vague perception that the French were either experts at all these things, unlike the Puritanical Americans, or at least took a laissez faire attitude. It was a great exculpatory myth for a lot of bad behavior. It goes back from before the twenties - it is in Hnery James’ The Ambassadors, and Edith Wharton's The Custom of the Country. It has lasted to this day: check out NYT bestsellers, where there is, standardly, once a year at least some little book about French eating, seduction, etc.

I think of Nietzsche, who hung out in backwaters of Italy – although he showed the good taste to prefer Turin – and who had an ear:

“What comes out worst in translating from one language to another is the tempo of its style: which has its footing in the character of the race, physiologically speaking, in the average tempo of its “metabolism”. There are honorably meant translations that are almost falsifications, inadvertent vulgarisations of the original, simply because its pleasing tempo and bravura cannot be translated, the property which leap over and helps us to escape all the menace of things.”