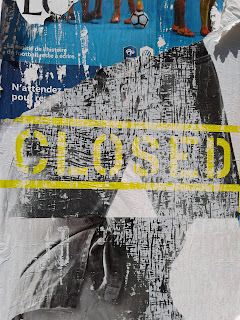 It is difficult to wipe away our images of things and see the things themselves. Take Trump.
If America was simply a white nation, Trump would have an approval rating in the high fifties. This has an effect on how Trump, whose approval rating has never broken fifty percent and is usually around 45, is seen in the press, which is dominated by white people. And it has an effect on the rump group of whites who are very anti-Trump.
One has to pull back and understand how segregated America is, both by race and income. Take the latter. The collapse of African-American wealth – and to a lesser extent, Latinx wealth – is one of the great stories of our time. And it is pretty uniformly not known to white America.

A 2018 survey found that whites severely underestimate the racial wealth gap. They think that black wealth is about 80% that of whites. Data from the U.S. Census Bureau reveals that black wealth is about 7% that of whites.
In 2014, the median net worth of non-Hispanic white households was $130,800. The median net worth of black households was $9,590. It was $17,530 for Hispanic households. Native American wealth has not even been measured since 2000. At that time, their median household net worth was just $5,700.
In seeming contrast, Asian American households have more wealth than white households. But that apparent success story hides a wealth gap within the minority. The richest Asian Americans held 168 times more wealth than the poorest Asian Americans. It’s a greater disparity that white households, where the richest 10% owned 121 times more than the poorest 10%.
The gap is worsening. Between 1983 and 2013, white households saw their wealth increased by 14%. But during the same period, black household wealth declined 75%. Median Hispanic household wealth declined 50%.”

One has to begin here. Segregation in the neoliberal era is performed by the market as much as by redlining banks. It is a world that thrusts together people who share an income band. The forty some percent of white Americans who disapprove of Trump live, for the most part, in a world where that is a minority opinion. In that world, it seems like Trump is a much more powerful figure than he is. You can always place an oped piece in the NYT lamenting that one’s parents now watch Fox and support Trump. These stories are almost always written by white people. It is the rare African-American who has to contend with his or her parents supporting Trump. Outside the Hispanic communities in Southern Florida, it is a rare Latinx writer whose parents are afflicted with the Trump cult mentality.
The racial and economic segregation has an enormous effect on the way politics is reported – how the narrative is woven – in the U.S. In certain subgroups – for instance, in academia – there is a curated diversity that serves, to an extent, to create an image of an America that doesn’t exist – rather like the placement of token African-American actors in Little Women to create an illusion that this isn’t all just about white settler descendants.
The diversity mirage is not an entirely bad thing. There is something utopian about it, something that speaks to how things could be. But it has the pernicious effect of marking itself as real, instead of utopian. In that falsely real world, white pundits can confidently pronounce about the black community as though they know all about it. These pundits rarely pronounce about the Latinx community because they ignore it almost entirely. One thing we do know for sure: when these people go home from work, they do not go home to the houses owned by those with a lifetime accumulation of 9,500 dollars to retire on. They go home to their stocks, bonds, and health insurance. They go home to the residential asset that they will someday sell for half a million to a million.
One of the effects of this segregation is that the hatred of Trump is oddly not political. It is a hatred of Trump’s tweets. It is a hatred of Trump as the tool of Putin, which is simply absurd. In that hatred, everything is about defeating Trump, and little is about the future of the country and how to change it. Frankly, from the viewpoint of those sitting in the over 100 thou range, why change? Meanwhile, the income band of all ethnicities below the 100 thousand range are facing changes that will all go against them. In the neoliberal era of nudgery, the government “helping” lower income people – say with the EIC, an idea that comes out of Milton Friedman – is immediately followed by the government hassling lower income people, as the IRS devotes more resources to auditing the janitor who claimed EIC than the CEO whose tax deferred compensation in ten millions of stock is going to be taxed, if at all, at a laughably low rate by an IRS that has radically retreated from auditing the wealthy.
Once one has a real grasp of how desperate things are for the majority of Americans, and how non-desperate things are for a large minority, the weird de-politicizing of the political starts to make sense. I have read many pro-Hilary Clinton pieces, since her documentary came out, that woozily include laments for Elizabeth Warren, as though the real importance of Warren was being a woman just like Clinton. In a trice, identity here simply erases Warren as a political person, who ran on a raft of proposals that HRC has mocked and derided since she was first elected to the Senate in 2000 up through her post-presidential race career. Warren presented a serious and thorough critique of Bill Clinton’s political economy, up to reversing all the “reforms” Clinton signed off on in 1999-2000. And she proposed a billionaire tax that is anathema to Clinton and her allies. Elizabeth Warren proposed eliminating student debt on her first day in office as president. Yet from the viewpoint of the +100 thousand dollar seats, all that one can see is: Elizabeth Warren is a woman, Hillary Clinton is a woman. Voila.
This de-politicizing move is masked by being ostensibly all about politics, just as Hollywood diversity is ostensibly about reality. But it isn’t.
at March 10, 2020