I am thinking about what will make the Dems more competitive with orange turd, and in the short term, it is obvious to me: better glasses. Both Warren and Sanders are still stylin the 70s,, 80s look. Come on! I think the presidency is worth splurging a little Both of them would look much chic-er Warren might want to look at the St. Laurent cat's eye style, here: 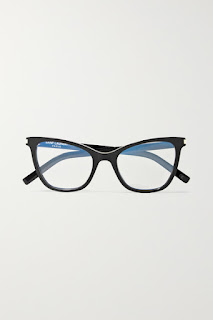 Warren would totally rock with this look. I remember the green party candidate who ran for the presidency in france, years ago: Eva Joly. Even those who didn't vote for her had to give her the contest on the glasses: outrageous green and red frames that said: i'm on the next level. Well, that is maybe not the message that Warren wants to send. But the St. Laurent's scream, to me: I'm confident not only that I'm going to turn that Trump into a dump, but that I might literally turn him into a toad by doing a bewitched blink.
Sanders, on the other hand, needs I think something heavier. In my opinion, he could really thrill the masses in these Tom Fords. The glasses he has right now, too often he is obviously looking over the lenses. This is not good! It gives him some tad frantic energy, which is fine when you aren't the frontrunner, but now? I'm not talking the Scorcese "these glasses have invaded my face and now I have to pay them a vig" type glasses. But something heavier and slicker, something that anchors the look and says, I want Medicare for all, and I am cruisin' in these ultra frames, my companeros - for the people, united behind really groovy frames, will never be defeated. 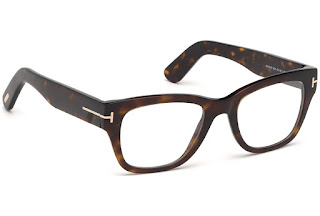 And Roddy Piper's stylish eye-swag (in They Live) might be just the thing for those of us in the audience...