The old dispute: Obama and the depression 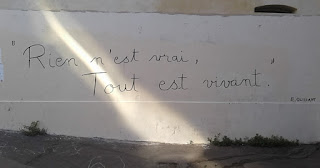 At one point, in the history of this blog, I decided not to write too much about the headlines. I got sick of talking about politics. Instead, I decided I'd write about economics, philosophy, literature, whatever - just not the news.
Well, my readership plummeted, naturally, but I saved a little of that soiled rag I like to call my "soul". So fuck it.
But I did keep writing about headlines elsewhere.
I just read Ezra Klein's mushmouthed defense of the Obama regime, which seeks to shift the blame for its problems to Congress. This rewrites history in such a transparent way that  I went back to Facebook, where I have confined my political screams generally, and looked at what I wrote on Nov. 5, 2010 about the Dems losing Congress.
Here's the Ezra Klein piece. https://www.vox.com/policy-and-politics/2019/9/20/20874204/obama-farhad-manjoo-neoliberalism-financial-crisissanders-warren


It is easy to see why the Dems were shellacked this election. And, as with all things easy to see, the elite opinion-makers – the pundits who got all frothy about bringin’ democracy to Iraq in 2003 – are doing their best not to see it.

The two cases are similar in that what one has to avoid seeing -what makes the pundit the pundit, his peculiar blindness - is the numbers.

In the case of Iraq, the numbers were: amount of troops needed for an occupation to have a chance of success and amount of money necessary to support that invasion. The invasion was morally doomed from the outset, being the cretinous child of the retro-imperialist party; however, that doesn’t mean it was doomed to materially fail. The latter failure was in the refusal of the U.S. government to actually fund and man the war. Now, that funding and manning would, likely, have significantly lowered support for the war, which was presented as a sort of picnic for virtuous americans in the press. A picnic in which we could righteously drink the blood of evil brown skinned villains – why, it was Hollywood!

In order to make the invasion politically possible, the warmongers burdened the invasion with insuperable difficulties, the legacy of which can be heard and seen in the streets of any major Iraqi city to this day.

What, then, of the numbers for this election? For those with the eyes to see, the most comprehensive roundup of what happened is presented on Nate Silver’s blog, hosted by the NYT.

The link is here: http://fivethirtyeight.blogs.nytimes.com/2010/11/04/enthusiasm-gap-was-largest-in-presidential-swing-states/ What happened in this election is simple. The preference of those who voted was equally divided between McCain and Obama voters. If we viewed this as a referendum on Obama, as Silver says, then he lost the seven percent advantage he had won in the election. In other words, Obama voters – like me – stayed home.

For myself, voting is symbolic rather than practical – since Austin, Texas was gerrymandered out of existence in the 00s, I am represented by a very rightwing Republican whose district looks like a tangled vacuum cleaner tube – which it is, since the line was drawn to mix a number of Dems into a maximum Rep district, thus securing the district for the right.

But if I had lived elsewhere – and when I come back from France, I am probably going to be living officially in Georgia – I would still have stayed home. Obama and the Dem majority congress have been a very large disappointment to me. From the incredible way the administration decided, early on, to resist the shrinking of the financial services sector (a decision that will depress the economy for years, until the sector blows up again, when the economy will just sink) to the milquetoast healthcare reform (not biting the bullet on the Public Option dooms us, again, to a private insurance managed, inefficient, unjust and stupid medical system – a wonderful system for the wealthiest 20 percent of the population, a huge ripoff for the rest) to, of course, a warlike foreign policy annexed to a Pentagon that now gobbles up 700 billion dollars a year  outright, and, it is estimated, another 200 to 300 billion in hidden funding, stuffed into the Energy Department or disguised by financing tricks – Obama has chosen to build on Bush’s America. And the Dem congress has been simply disgraceful. The editorial liberals love to jump on the financing of elections – but this is not the problem. The problem is the way that politicians can get themselves and their family members hired by big businesses – so that office becomes a mere waystation to the big bucks. South Dakota’s former Senator Tom Daschle, Bush’s straight man, is a poster boy for the Republic’s ills – he seemed to have become the go to person (as an “outside counselor”)  for healthcare issues in the Obama administration while, of course, being driven about in the Rolls Royce as Mr. Lobbyist for a variety of healthcare industries. The predators ball has long since sent its rsvps to Congress, and the party line now exists simply as a negotiating ploy – are you a hard to get “liberal”? Why, you can then throw that cultural capital into the pot for mucho sweetness - it is a negotiating ploy! Then, of course, once you are hooked into the gravy train, you can begin your second career as a professional tout. You can  plead for whatever bloodsucker is paying you off. You can lobby for blood diamonds, or for BP, or for cancer causing insecticides - who cares? Sophism never had it so good.

The shadow government is a phylogenic extension of the shadow banking system.

Meanwhile, the structural problems have gotten worse. Here they are: a thirty year decrease in the increase of wages finally peaked, in the 00s, when the income of the medium income didn’t budge. This was at a time of record profits for corporations, but the entire gain from increases in productivity was engrossed by the people in the top 5 percent income bracket. In order  to keep the doggies eating the dog food, for thirty years there has been a parallel liberalization of credit. In essence, easy credit has replaced raises in income. The loose money system resulted in a huge boom in the financial services sector. The boom in fs led to increasingly creative ways to make money on money –thus operating to take money away from investments with longer time horizons. And the finale was the asset boom in housing. Contrary to our modern myth, this was not a problem – it was a solution. The downturn of 2001 would have been indefinitely prolonged without the housing bubble. And of course, the re-fi business, upon which the middle class floated through what could have been a pretty rotten time in 2002-2003.

Politically, there was no party, no individual, who opposed the malign direction taken by  American capitalism in this period. Or, perhaps, a few economists and poets – whose voices occasionally pop up on an op ed page as a proof that  ain’t this a real democracy?

The amount of nominal value taken out of middle class American hides in the last two years aint coming back. The disconnect between the interests of the political elite – in which set I include the Obamacrats and the Tea Party – and the majority of the country widens every day. And the pundits still don’t see the numbers.

My advise – carve the numbers into their fuckin’ foreheads.
at September 22, 2019