There’s a moment in that wild interview Stuart Pivar gave Mother Jones about his friend, Jeffrey Epstein. Pivar was trying to give an idea of what he found “charming” about Epstein, as well as what he found sick about him. Pivar is an art dealer, among other things, and this is the anecdote he told:

Jeffrey had numerous residences. And he used to rely on me to help him furnish them with art. I was sort of his art consultant, you might say, not that he ever took my advice. Because he pretended to be interested in art, but he was really more interested with—Jeffrey was so perverse. “Perverse,” that word, haha. You have to use it. What is perversion? You want to examine that.
Jeffrey was amused to have in his house fake art which looked like real art. Because of the fact that he was putting one over, so to speak. He thought that he was—how do you describe that? When you walked into this house, for example, there was a Max Weber or something like that, and it was a fake. And it amused him that people didn’t realize that. He was able to furnish his house with the fake paintings. Jeffrey had a collection of underage Rodins, for example, because what difference does it make if it’s real or not real?

This was, to me, a very telling story, a tell, even.  It was not just a story about fakery – although the whole of the Epstein story is about fakery on one level or another. It is also a story about complicity. For think of it: you have a guest in your house and you have what you know is a fake painting. And you point it out as a real painting. On the one hand, maybe your guest doesn’t know much about Max Weber – doesn’t know much about cubists period. So they nod along. They might like the painting or not. On the other hand, say your guest does know about Max Weber. And sees something isn’t right. Well, what is guest number two going to say? You have a fake there, buddy?
Guest number two knows just enough that by nodding, going along, he’s trapped. Or she’s trapped. A pact of complicity has been silently forged.
This is what Epstein was all about – not just fakery, but getting beyond that, where the person being faked out becomes complicit in the whole enterprise. This was on one level what getting girls who had been raped to go out and find other girls and lie to them about massage. This is tied to the science obsession. Just as, being a drop-out schmuck, he wasn’t going to get within miles of the scientists whose names graced the covers of pop science books, so, being a drop out with supposed billions, he could make those scientists smile and smile and he said drop out-y things. His website – assuming that the posts were written or at least dictated by Jeffrey Epstein – is a mishmash of rewrites from Wikipedia articles and platitudes. Sometimes you can hear the man:

“[Martin]Gardner’s numerous books and articles on recreational articles always inspired me, and I would like to share with you some fun and recreational mathematics that I have come across that are in the fun and inspirational spirit of Martin Gardner.

Pivar has a more blunt assessment of Epstein’s science abilities:

But Jeffrey didn’t know anything about science. Nevertheless, in his peculiarly inquiring mind, let’s say, like a child who is fresh to the world—because he has no compunction about approaching people—he brought together the most important scientists like Stephen Gould, like Pinker, like all of those people, and myself even, at dinners, and would propose interesting, naive ideas.. He would say, “Oh, what is gravity?”   I mean, to bring together a bunch of scientists and say, what is gravity? …Which is ridiculous in a way, even though it’s a question nobody can answer. But he would do that kind of stuff. Just for the sake of, I don’t know what. And Jaron Lanier and all that group, the greatest thinkers that they were, he brought together with a purpose of thinking, rightfully or wrongfully, that he was going to introduce some kind of logic or something—some special kind of a thought process, which others hadn’t thought of, which of course is absurd.
While everybody was watching, we began to realize he didn’t know what he was talking about. Then after a couple of minutes—Jeffrey had no attention span whatsoever—he would interrupt the conversation and change it and say things like, “What does that got to do with pussy?!”

So much for putting up the fake painting. But these people, hearing this question, are really being presented with a choice: shall I continue to associate with this guy. And they all, or most of them, did. He’d write incoherent, platitudinous or plagiarized texts on his site, he’s interrupt discussion to ask, what does that got to do with pussy, and he was treated to a stream of praise by scientists as if he was Medici and Einstein rolled into one. Richard Axel, who won the Nobel prize in physiology and medicine, said this, according to Epstein’s site:
“Jeffrey Epstein has the ability to make connections that other minds can’t make. He is extremely smart and probing. He can very quickly acquire information to think about a problem and also to identify biological problems without having all the data that a scientist would have … He also has an extremely short attention span. Why?—it’s not that he’s bored. He has enough information after fifteen minutes so that you can see his mind thrashing about, as if in a labyrinth. And even to doubt an expert’s statements.” –
Apparently, Axel was impressed with the question, what does this have to do with pussy. Very impressed. Too impressed. 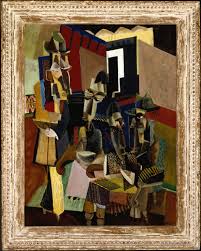 Fakery and complicity form an interesting pair, as every con man knows. What you want, above all, is to induce fakery into your associate, your sucker, your victim. This is made easier when the victim doesn’t care about what he knows about your character, even your crimes, even your raping teen girls. What they care about is: well, being around wealth. Being in the glamorous world where Eastern European-seeming models of ambiguous age and origin are around. As they always were. Thus giving a certain aura to your association. Con men are great on tests – they need to test the mark. They need the mark to see enough that the mark has to make a decision: do I keep on with this? Do I believe my eyes? And his scientist friends were a perfect group for that type of thing. They’d self-selected themselves as “brilliant”. They were almost all male. And they shared, whether consciously or unconsciously, mucho contempt for women.
Epstein apparently greatly impressed men with his charm. A certain type of man – not your democratic socialist type, not your African-American type – his associates were almost all white –  but your millionaire or millionaire fluffer type. He was himself his own perfect front guy for journalists in that field.
Read the rest here: http://willettsmag.net/epstein/
at September 09, 2019