shame of the universities 2: droit de seigneur in America 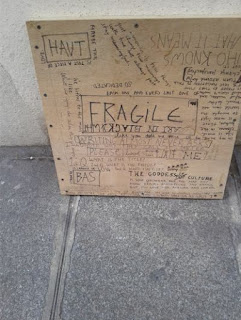 For the entire article, see Willettsmag.


The Jeffrey Epstein scandal, from his supposed suicide (the suicide of a man who spent 12 hours a day in his jail, meeting in a special meeting room with his lawyers; the man who supposedly despaired that the jig is up, without the thought crossing his head that he might have information that he could use to bargain with the prosecutors; the man who supposedly knelt and leaned so hard against the sheets conveniently provided for him by the prison system and tied to his bed post that he broke bones in his neck; that suicide) to his donations and friendships, showed what money can buy in America. It showed, even more, what money has bought in America: it has bought unaccountable private power that now rules us in ways that would astonish the aristocracy in 18th century France.
Or maybe not.

Remember, the scandal about Beaumarchais’s Marriage of Figaro, known to all opera lovers. The plot concerns Figaro’s master’s desire to assert the droit de seigneur on Figaro’s bride-to-be: that is, the right of the master to have sex with the bride of the vassal on the first night of the marriage. A fiction, historians say. In Beaumarchais’s day, it was a common enough trope – considered archaic, but evidence of the ghastliness of feudal times.  In the play, the Count has already renounced the droit de seigneur in his own marriage – but he seeks to reassert it with Suzanne, Figaro’s bride-to-be, by buying her consent.

“Tired of prowling among the rustic beauties of the neighborhood he returned to the castle… and endeavors, once more, secretly to purchase from her, a right which he now most sincerely repents he ever parted with.”

Napoleon, famously, called the play “the revolution already in action”. I don’t think anybody will call the Epstein affair the revolution in action, since we seem to be at a deadpoint in history where reaction rules on all sides. But the revolution, like the kingdom of heaven, can’t be said to be here, or there, but explodes – so who knows.

In my last post about the shame of the universities, I showed a streak of moderation that, a week after writing it, I am rather ashamed of. Before I rundown the farce of irresponsibility that is unspooling before our eyes, I should say, in my most dictatorial voice, that the larger scandal is that there is no SEC like regulatory body to police the concentrated private power of tax exempt universities. What regulation exists consists of mere nudgery. We have no body to force universities to be wholly transparent about their donations. We have no body to investigate the responsibility of the administration in covering up not only insalubrious relationships, but crimes. We allow universities and colleges an incredible leaway to investigate sexual assault, to investigate inside dealing by faculty, to allow deals with for profit corporations, etc. Just as allowing billionaires to flourish is like inviting dinosaurs to your five year old’s birthday party and expecting them not to eat the cake and the kiddies; similarly, allowing Harvard or Yale to be judge and jury of their own doings is not an invitation to corruption, it is corruption in action.

Yale, for instance. Let’s take the recent news about Yale. It too involves sexual assault and an island in the Caribbean – but, at least so far, without an Epstein in it. Instead, it involves Eugene Redmond, a professor at the medical school, who as long ago as 1994 was credibly accused of sexual abuse of students. These students were invited to study on St. Kitts Island, where Thomas seemed to run a private foundation. After hearing that Redmond was tricking students into having sex with him, this is what Yale, in its glory and its power, did:

“… the Yale School of Medicine launched an investigation in 1994 after students from Redmond’s summer internship program reported that he sexually molested and harassed two students. Redmond was reprimanded and signed a settlement agreement that required him to eliminate the program, cease recruiting and any supervising of students in St. Kitts and that he abide by a separate housing policy, the report said.”
If you rub your eyes and think, wow, a cab driver that isolated a customer and raped him would not only be fired by the cab company, but turned over to the police – you obviously do not fit in America. In America, Dr. Eugene Redmond was with Yale. And Yale is no mere cab company, but a trainer of, well, our Supreme Court. So what happened was a stern interdiction of sleeping together. And with that, Yale slapped together its mighty hands. Case solved!