Capitalism, Socialism and the ethos of integrity 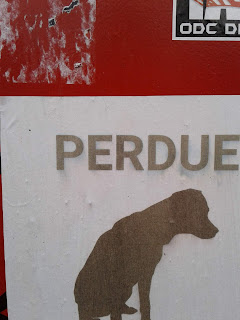 Throughout the 19th and 20th century, one stumbles upon the lefthand heirs of Burke – Red Tories, as Orwell called them. Orwell’s instincts, at least, were close to theirs: Orwell, after all, wanted a law to make 20 mph the top speed limit in England, a pretty typical Red Tory gesture, gallantly futile. In England, the term would include Ruskin and Chesterton, and the spirit at least of William Morris. In France, you have Charles Peguy and Jacques Ellul. In German speaking countries, there are many more names to choose from – to mention four, Thomas Mann up to the late 20s, Karl Kraus, Georg Simmel and Max Weber.
The Red Tories, by inclination and conviction, were never systematizers. When Burke, in the Reflections, denounces “theorists and economists”, all the progressive planners, he spoke for the tribe. They form something more like a family resemblance than a party. They, too, are in revolt against capitalism, but not because it wounds their sense of equality – on the contrary, what it wounds is their sense of the just order, or the organic society. This comes out in their protest, all the way along the line, in honor something I’m going to call “integrity”. Against integrity, the sense of purposiveness and vocation in life, they saw arrayed two forces: capitalism, with its generation of alienation, its calculations that eat into the integrity of labor, seeing it only as another inter-substitutable commodity, and socialism. Socialism, from their perspective, is merely the bourgeois attitude for workers. The socialists basically want the workers to make more money – they don’t put in doubt the system of production that the workers are engaged in. Socialists are pro-industry.
From the economists viewpoint, whether a person works as a carpenter or sells bubble gum over the counter is a matter of indifference, the product of a labor “market”. Economists do recognize “human capital”, but like any capital, it is invested indifferently, and must be to be efficient. Maximizing profit on all fronts, such is the letter of the law for economists.
The Red Tories saw, as well as Marx, that this social maxim was in deathly struggle with the ethos of integrity.  Integrity, the desire to do the best job possible because of the thing itself, its value in the doing, no doubt stems, as an ethical value, from the artisan class in the early modern period. Or even before, in the ancient urbs. It is significant that the first socialist organizations in France and Britain were composed of a largely artisanal membership – because these people instinctively felt that they were being symbolically degraded under capital. It is also significant that Marx decided, early on, that these were definitely not the people who would lead the advance guard against capitalism. Thus, the complex struggles against anarchists and other non-scientific socialists.
A good and almost programmatic example of the Red Tory exaltation of integrity is found in Charles Peguy’s Money (1913) Peguy never has had much of a following in the Anglophone world. He was an often disagreeable Catholic. Notoriously, his feud with Jaures resulted in some disciple of Peguy’s assassinating the great socialist leader. Peguy was all in for the war against Germany. He volunteered, even at his absurdly advanced age, and was ground up like so many others.
Read the rest at Willetts.
at June 08, 2019