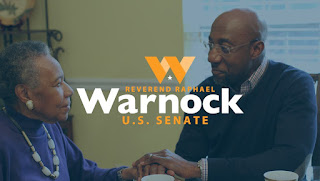 The genteel trap
When Santayana used the phrase “genteel tradition” to refer to a certain strain in American thinking - a romantic avoidance of the real, haunted by Calvinistic rules that equated happiness with sin – the phrase escaped his essay and came to stand for an damning avoidance of the vulgar in American art and by extension, America’s middle class self-consciousness. An editor at Scribner’s magazine, which was popular in the 1920s, wrote that he refused stories that contained “slang, profanity, vulgarity, agnosticism or radicalism.” (quote from The Black Genteel Tradition by Gorman Beauchamp). This rule was, as well, once the rule of genteel politics, and most especially of the Republican party, centered in the Northeast among businessmen.
The Democratic party was quite different. From the beginning, it was the libido to the Whig Id. It welcomed both the Southern planter and the ethnic immigrant, mainly Irish. And it was animated with the anti-Black fevers of both groups. However, by the 20th century, due to this tradition of welcoming, it gradually made way for POC – especially after Roosevelt.
For Santayana, I think, the opposite to gentility was a vulgar pragmatism – vulgar in the best sense, akin to vulgate, a literature of the common tongue. To me, the Democratic party in its period of greatest effect, was not vulgar, but mongrel.
I take the word from Ann Douglas’s great Mongel Manhattan, an attempt at a real synthetic American cultural history that doesn’t dicker with the segregation demanded by the academic inventorists, but sees the black strain in every cultural artifact of white modernism and the white strain in the disjunctions of the great products of the Harlem Renaissance. It’s a two-headed monster, this America, at least, or two times x heads, with the white head continually trying to destroy the others, though that would mean the death of the entire body.
It is as a mongrel part that the Democratic party stepped into history. It is as a mongrel party that it reconciled the ethnic bosses, the Cold War, civil rights and social democracy.
And it is the mongrel rawness of the party that the generation after the seventies has tried to kill. Though it speaks with a mongrel voice, occasionally – just listen to Bill Clinton go on about trickle down! – it has adopted the forms and norms of gentility. It has trivialized racism, which is a systematic hole in the pocket of every black household in America, as a lingo rule to guide rich privileged people in talking about those they lord it over. The mongrel democrats dreamed big and loved to press publicly on the levers of power – the genteel democrats dream little and far be it from them to use their power in any dishonorable, viz, helpful to the people they represent, way. Like Scribners, they don’t want any “slang, profanity, vulgarity, agnosticism or radicalism”, which is why, when a shortfingered vulgarian claims the election was stolen cause he lost, they don’t holler back that the election was as close as it was because of systematic Republican suppression of the vote, stealing the rights of the people, which are your property. No, it is all – when President Bush lost, he sent such a gracious letter. Gracious , I tell you!
Depending on your enemy to be gracious is a way to lose everything. Which, I could care less except those schmucks represent us. The Republicans are a faux mongrel party – full of white working class resentment, directed towards propping up the worst excesses of the mostly white plutocracy. It is as if the Confederate part of the Democratic party was cut out and implanted in its opponent.
I’m hoping that somebody in the D side in DC is remembering that they represent a vast constituency, and not a small circle of people who send each other gracious notes. Cause those notes are valuable enough to wipe your ass with, and nothing further.
Fight
at November 12, 2020