Who's the racist? The tie between economics and racism 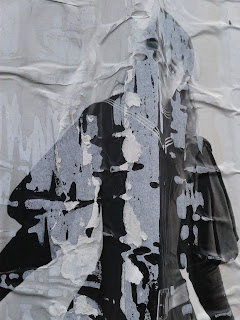 What is the tie between racism and economics? I watched the NYT video of Sanders explaining his take on it – that economic misery creates the need for an enemy other to explain it. This explanation is in concert with the general American mainstream idea that racism is concentrated in the most ignorant and poorest. Yet, at first glance, one would think that if the economic system is racist, then the people who benefit from it most would be the most racist.
This takes “racism” out of a certain imprisonment in the notion of sentiment, and makes it a socially constructed intersubjective bundle of characteristics. I think that is a better place for beginning this discussion.
With this beginning, we can ask again about economics and racism, with the corollary that the way in which the onus of the racism discussion singles out certain classes as racist and ignores others is, itself, part of the structural racism we are talking about.
In the U.S., recently, the question has been: what is wrong with those white people making below 50 thou per year and voting for Trump? And the answer is that they are voting for white solidarity. Yet here’s a puzzle: how about those same voters voting for Obama in 2012? And how about Romney’s overwhelmingly white voting constituency? In fact, Romney seemed to have cleaned up with the over 50,000 per year white voter. And yet, who spoke, then, about the upper class white sense of entitlement?
I am not saying that the Romney voter was per se racist. I am saying that the correlation between voter and candidate doesn’t give us an absolute x ray of racism in America. It does give us a starting point for talking about white supremacy as it insinuates itself into the symbols of well-being.
Well-being is a word from economics and sociology. I like to think here of an exchange between Nassau, an English liberal economist in 19th century England, and Tocqueville. Tocqueville wrote, in Democracy in America, that in England, “the good of the poor ended up being sacrificed to that of the rich.” Nassau made the classic move that we see economists regularly make today: he disputed the idea that the salaries of the working class weren’t rising.
Tocqueville wrote back:

You attack me on this point, of which you are certainly a very competent judge. However, you will permit me to disagree with your opinion. Firstly, it seems to me that you give to the phrase “good of the poor” a very restrained interpretation that I hadn’t given it: you translate it by the word wealth which applies particularly to riches. I had wanted to speak, myself, of all the things which could concur in the well being of life – consideration, political rights, the ease of obtaining justice, the enjoyments of the mind and the thousand other things that contribute indirectly to happiness. I think, lacking a contrary proof, that in England the rich have little by little attracted to themselves almost all the advantages that the social state furnishes to men. In taking the question in your narrow way, and in admitting that the poor man gains a momentarily greater profit in cultivating the land of another’s than of his own, do you think there are no other political, moral, intellectual profits attached to the possession of land, and which compensate beyond, and principally in a permanent manner, the disadvantage that you signal?

Tocqueville here asserts the broader sociological claim. It isn’t the claim that Marx might make in exactly this way, but in fact, Marx began his career with a series of newspaper stories about the abolition of certain common forest rights that kept commoners from gleaning in forests – and he recognized, in that seemingly small moment, a central truth – that property is not derived from law, but from forces that shape the law. Property, then, can’t be the sole interest of the working class – because it is an illusory object, one shaped by Capital itself. And in this sense, one could reconcile the left interpretation of Marx with Tocqueville’s, to me, wonderful sense that interest is defined by “all the things that concur in well being”.
In the American system, the white settler self-image was long based on being superior to other races – blacks and indigenous Americans, and later, immigrants from Southern and Eastern Europe. That sense of whiteness was bound up, then, with what Tocqueville calls “consideration”. It was an intricate bind, and persevered after the 1870s, when it should have changed.  It changed enough to eventually assimilate to the vast influx of immigrants in the late 19th century. But it wasn’t until the Civil Rights era, of course, that the basis of the racist system was attacked.
The upper class in America, which was and is overwhelmingly white. To get a grasp of how the white upper and middle class made its money in a racist system, and how people of color didn’t, there’s a nice article by CityLab here.
In the Civil Rights era and afterwards, the white upper class did develop its own version of anti-racism. They called it “color blindness.” I won’t go into the critique of color blindness here. I will simply point out that, in the wealthy world, which is full of curated diversity and overwhelming whiteness, color blindness  is the way in which the wealthy have reconciled having such an enlarged measure of well being – so many buckos! – with living in a system that “privileges” them, as they will agree. Privilege is a much pleasanter word than racism, or white supremacy. Profiting off white supremacy seems… ugly. Something we can safely let white blue collar workers do.
This is not to let the peckerwood element off the racist hook. I grew up in working/middle class white Georgia, outside of Atlanta, and I saw and heard enough there to know that Sanders is underestimating how much racism there is among working class whites. At the same time, I’ve seen their kids go to schools that are unimaginable for the upper class set, schools that are sixty percent black, for instance. I’ve seen and heard those kids, and I know that their social lives are full of uncurated diversity.
The direction of the question about economics and racism is, then, wrong. We should be asking about how the colorblind, liberal ethos has substituted for the reality of profiting from the racist economic system. And we should ask about how white supremacy still exists as a major factor in white working class life – and floats especially free for those who have no college education and whose incomes range between  50 thou to 200 thou. This is where Trump and Romney and all the GOP make their votes.  To make anti-racism a factor among those that concur to create well-being is, it seems to me, not a liberal, but a radical goal.
at January 20, 2020