La Fontaine and the poetry of the hidden transcript 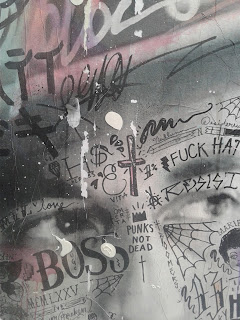 Literature we may say is what goes on all the time history is what goes on from time to time… Gertrude Stein
1.
The Oxford Guide to Literature in English Translation devotes a whole page to La Fontaine’s Fables. It covers a good part, but not all, of the gamut, from John Dennis’s first essay and assay in 1693 – two years before La Fontaine’s death, and a year before the 1694 edition, with Book XII in it, appeared – to the complete translations by Norman Schapiro in 1985.
Yet La Fontaine’s status in the Angophone world reflects a certain literary-political decision about fables: that they are always, in some way, infantile. Which in turn inflects, if unconsciously, his translators, with their tendency to didly-o language, in tonal contrast to La Fontaine’s highly adroit use of multiple idioms, his parodying, his lyricism.  Although fables and allegories as genres are popular in the curriculum of middle and high schools, they are not accorded the admiration that the critics give the higher works of art, from epic poetry to realistic novels. They don’t have the difficulty, they don’t resolve aesthetic problems, so the thinking goes, that, say, we can see and feel in one of Nabokov’s novels. They allow English high school teachers to talk easily about symbols and avoid the hard kernel of literature and its difference. The Fables seem to lack the referential difficulty of Pound’s Cantos, being, on the surface, so genial, and referentially domesticated: all that pagan mythology. When Paul Valéry wrote about La Fontaine, he chose Adonis – a great early poem. And not, say, The Pig, the Goat and the Sheep, from book 8 of the Fables.
In contrast to the English and American critics, critics and poets in France have remarked on the rise in  La Fontaine’s prestige, and in general his place in French culture, over the last 30 – 50 years. Partly this is due to the fact that one of the great scholars of the 17th century, Marc Fumoreli, has made a strong case for La Fontaine being an essential counterbalance to the classical literature of the French court under Louis XIV. Fumaroli’s book, The Poet and the King, is constructed around the opposition between Parnassus – the dream of the republic of letters, where power is constructed out of friendship and poesis, presided over by an aristocracy of benign patrons – and Olympus, which represents the dread institutionalization of literature as the arm of the state – or in our age, the arm of the corporation, with its statist power. One immediately sees how useful this is, how it brings out a thematic that is buried in the contrast between the baroque and the classical. A great scissoring mind is necessary to cut up and put back together a work of art to show how it works, but that is only half the story. The other half is surrender – the sinking into the work, the inner touch, the tour, as it were, of the reserves of tacit knowledge it contains, to which one cannot be superior.  Empathy and the cutting edge – the conjunction of these two things is a rarity. Fumaroli has it, can make the old mandarin passes and still understand how the poem is more than a vehicle for tour-de-force verbal play – how the poem is passionate and plugged in. His way of seizing on and elevating the terms “Parnassas” and “Olympus”, which a lesser critic might dismiss as old and routine rhetorical devices, is, I must admit, brilliant.  There is a charge in them, a cultural politics hidden by them, which is tied not just to 17th century rhetoric, but to a recurring situation: the opposition between the poet and the autocrat. From that opposition comes, ultimately, the fever dreams of modernism, when autocracy under many guises has a tendency to seize society and lead it to disaster.
Read the rest at Willettsmag.
at October 08, 2019