on a trip to tuscany

On a trip to Tuscany 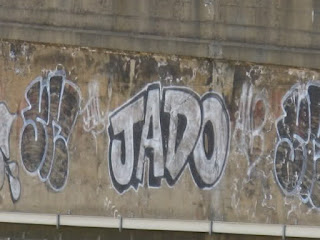 The world is large, and the chopper is narrow and particular, hungry for fact and its destruction, its work in rents and the long failure of maintenance. In the slow small train from Florence to Siena, I looked out and saw a familiar scene, something I’d witness on the train from New Haven to New York, something I’d seen in Gary Indiana: I witnessed the chopper, extensively, giving the human landscape its forty whacks with shocking persistence. Wack go the brick walls, wack go the rooftrees, wack go the old railroad cars strayed on rusty sidetracks, wack go the tiles, wack goes the tin piping, down it all tinkles and back to the various toxins out of which they were fabricated goes the matter. The air is hot, the sky is blue, and the smoke that was once the accompaniment of economic life is gone, along with that life. What is left is graffiti and a hard look, and these abandoned warehouses and houses, their interior structures in glimpses, like the skeletons of the ancient beasts that used to be hunted, oh long time ago, in these hills and valleys. Hunted, and painted on cave walls in Spain, in the Dordogne, in a style that endured far longer than seems possible to our counting, where a decade is an historical event. 25,000 years. An incredible Ice Age of time. And by the time I was off the train and out in the dusty hills of village Tuscany, I was thinking of other choppers, of long views and short. For if a human, upstart from the beginning, can talk about “forever”, isn’t this the landscape to provide the backing reference? even if a human’s forever is bound to be small change against, say, the bacterial tides, Gaia’s atmosphere building. Isn’t forever in the grinding sound of the locusts in the leaves, or the bees at their business among the dry green leaves of the olives? The summer sunlight. Both love and fear in their eternal grip one on the other in those images and myths so resident here. Which don’t seem to die on us, but continue even in video game, even in the comic book hero’s law and order fascism.

One morning I walked up a white sand and pebble road that was about as wide as the one SUV that came lumbering up it, trailed by white dust, forcing me to the margin. I sat on the stoop formed by an old fallen down corner of a stone fence that was three fourths gone to rubble and read La Fontaine, thinking of the cab driver who warned us to watch out in this area for boars, which came out at night.
The Lion brought down by a single man
They showed a picture
Where a single man appeared
Towering over a lion of some stature
Who’d been conquered
The viewers enjoyed this glorious sight.
A passing lion harshed their mellow.
In fact, as to this fight,
He said, you win. Happy fellow!
But your painter is telling lies
- which is his right – this we won’t
Deny! But realistically, we could reverse the dice
If we knew how to paint – but we don’t.
at August 06, 2019