The Chickenshit Club accepts another member 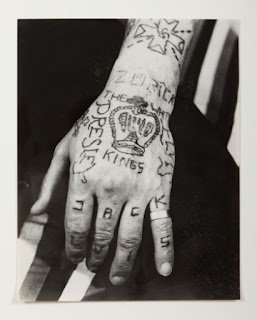 There's a book about the Obama administration's failure to prosecute bankers and other wealthy people for crimes they committed in the runup to 2008 - and even for crimes like laundering money for the cocaine cartels, for which Wachovia bank was given a big fine rather than jailtime for the CEO. Jesse Eisinger wrote a book about it called the Chickenshit Club. Basically, the rationale was that punishing the institutions that committed and profited from crimes to the full extent of the law would threaten the existence of these institutions, which, it was further argued, would spread too much collateral damage. The exemplary instance was the punishment suffered by Arthur Anderson, which put that accounting firm out of business. Many 200 thou plus accountants spent weeks hunting for jobs, and many of them couldn't pay the docking fees at their yacht clubs.
Obama's Justice department swallowed the "chickenshit" method hook, line, and sinker. Take HSBC bank. Investigators found that it helped transfer funds from Saudi Arabia to Al Qaeda, that it laundered billions of dollars for the drug cartels in Mexico, etc, etc. Here's a story about what happened next (from the New Yorker):
"With four thousand offices in seventy countries and some forty million customers, HSBC is a sprawling organization. But, in the judgment of the Senate investigators, all this wrongdoing was too systemic to be a matter of mere negligence. Senator Carl Levin, who headed the investigation, declared, “This is something that people knew was going on at that bank.” Half a dozen HSBC executives were summoned to Capitol Hill for a ritual display of chastisement. Stuart Gulliver, the bank’s C.E.O., said that he was “profoundly sorry.” Another executive, who had been in charge of compliance, announced during his testimony that he would resign. Few observers would have described the banking sector as a hotbed of ethical compunction, but even by the jaundiced standards of the industry HSBC’s transgressions were extreme. Lanny Breuer, a senior official at the Department of Justice, promised that HSBC would be “held accountable.”
What Breuer delivered, however, was the sort of velvet accountability to which large banks have grown accustomed: no criminal charges were filed, and no executives or employees were prosecuted for trafficking in dirty money. Instead, HSBC pledged to clean up its institutional culture, and to pay a fine of nearly two billion dollars: a penalty that sounded hefty but was only the equivalent of four weeks’ profit for the bank. The U.S. criminal-justice system might be famously unyielding in its prosecution of retail drug crimes and terrorism, but a bank that facilitated such activity could get away with a rap on the knuckles. A headline in the Guardian tartly distilled the absurdity: “HSBC ‘Sorry’ for Aiding Mexican Drug Lords, Rogue States and Terrorists.”""
We are now seeing the "too big to jail" philosophy applied to Donald Trump. Nancy Pelosi, who has been very public with her disdain for the very idea of "impeaching" Trump, has explained that "Impeachment is one of the most divisive things that you can do, dividing a country," she said. "Unless you really have your case with great clarity for the American people."
Just as the operation of HSBC is just too vast and awe-inspiring to, like, stop, so, too, the taks of impeaching the president - well, it is divisive,is what it is.
Impunity is in the blood system of the political elite. They are not going back on the chickenshit system. It is their system, and they are proud of it.
at May 10, 2019