The Zarquawi effect in France 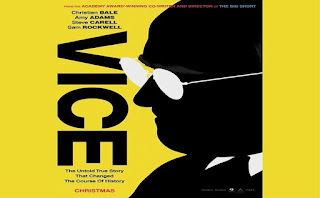 In the movie Vice, which I saw this Christmas and heartily recommend, there is a sequence on how Zarquawi, an Iraqi thug who called himself al qaeda's representative to Iraq, went from being a small time delusional to being a major player in the creation of Islamicist paramilitaries by way of D.C.'s intentionally aggrandizing view of him (with the purpose of linking Saddam H. to Osama bin Laden) in 2003. By making him seem much more important than he was - I mean, this is Washington D.C. making you a supervillain! - he attracted thousands who figured, if it pisses off the Americans, it must be good. As Vice shows, this tactical move in the propaganda war to get the American public to accept an unnecessary and stupid invasion bore terrible fruit - among them, ISIS.
It is interesting that the Macron government is playing the Zarquawi card with the Gilets Jaunes. From the beginning, instead of treating these people as citizens with complaints - which are supported, incidentally by about twice as many French people as support Macron, 55-60 percent vs. 23-28 percent - the government treated them as hooligans. As it amped up the hooligan image, and as the compliant press, lorded over by corporate heads who benefit massively from Macron's tax cuts, conveyed the government's rhetoric, there arose a considerable cohort of real casseurs. They came to the call. Now, of course, having tried to cast the GJ as hooligans, the Zarquawi effect is in stage 3: using the violence the government provoked to legitimate clampdowns on opposition to the government. As a bloomsburg article today shows the laws being proposed by Edouard Phillipe to allow the government to patrol, control, and surveille the opposition are harsher than those imposed by the Putin government in Russia. Particularly beautiful is the law against covering your face. For really, if the gendarme lob tear gas at you and you cover your face, you are violating your duty to endure pain for the state, citoyen!
I don't think this will end well.
at January 10, 2019