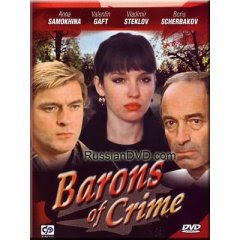 LI talked with my brother the other day about the shadow financial system. Hey, and then we added on a discussion of black helicopters … but I jest. Who needs black helicopters when you can watch them build a pipeline between the financial casino and the Fed without anybody lifting a hand…

Casino, though, is the wrong word. Casino’s are businesses that work. They work because most gamblers lose. Thus, the house is never in the position to have a solvency problem. On the other hand, the financial system is a vast array of bets premised on the idea that you can have a Casino in which most bettors win. Sure, there are shorts, but the system justifies itself by claiming that spreading the risk around and swapping it allows all parties to win.

In this world, a world that does generate amazing real money compensation packages for the Pigs (excuse me, IT)… the shower fungi that run it, winning and losing are vague concepts. So, today, we have a runup in the market because, ta da – UBS marked down 19 billion dollars. Or, as Yves Smith notes at Naked Capitalism, UBS just announced that in the brief period of 3 months, they lost an amount equivalent to a third of their assets.

In a normal market, this isn’t pat on the back kind of material. So why, in fact, is it getting pats on the back? Well, one of the consequences of being run by a gang of hoodlums laced with people from the financial and private equity sector is – they will simply spread this pain elsewhere. They will take it out in inflation and further wage stagnation on the bottom 80 percent. At the moment, the shower fungi are happy – as you or I would be happy, let’s face it, if given the keys to Fort Knox.

The happiness is a delusion. There’s a limit to thievery even among the vory v zakone who are picking the fat bits from American bones. UBS, as Smith noticed, recently received an infusion of 19 billion swiss francs – and has now put out an announcement that it is in negotiation with some sovereign wealth funds for 15 billion more. Banks shouldn't have burn rates - but UBS is starting to look like a dot com startup. Sovereign Wealth fund is just another name for Surplus Petroleum Profits – and yes, they have to go somewhere. We are fastforwarding through the petro-wealth cycle that has now occurred three times in the past thirty years. It isn’t only that the developed world depends on cheap petroleum, but when it raises in price, it depends on Middle Eastern countries recycling that money through Western economies. It is the neatest little system, and it is one reason that the really untouchable state in the Middle East, for the U.S., is Saudi Arabia.

But all the recycling in the world isn’t going to overcome the roots of this crisis in the widening gap between the rich and everybody else. The rich depend on two things, a consumer class that will keep going blindly into debt to maintain a lifestyle out of synch with their real earnings, and a government that will skew the playing field to grossly favor the oligarchs. There is a sorta sub-Malthusian limit, though, encoded in the supreme principle of economics: you can squeeze blood out of a turnip.

roger for Secretary of the Treasury.

The rich depend on two things, [b]a consumer class that will keep going blindly into debt to maintain a lifestyle out of synch with their real earnings,[/b]

Not secretary of the treasure, but the treasury department fool. Obviously, the problem with democratic governance, since 1776, is the damned lack of fools.
I'd be perfect! And willing to sing songs making fun of Paulsen's wee willie wanker on very reasonable terms!