The colonized and the exiled 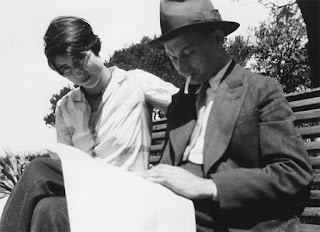 Normally, histories of Europe talk about colonialism in terms of a mother country, or center, and a periphery. But in actuality, the periphery was located in Europe itself. It was located in Europe’s peasantry. Colonialism and the agricultural revolution in Europe are parts of the same process – the process that gave us capitalism and, more generally, the process of production that has become the norm, either achieved or striven for, across ideologies, for the last century.
The doubling of the European and the American savage is the secret heart of the noble savage myth. While conventional histories attribute the noble savage idea, wrongly, to Rousseau, and attribute the savagery solely to the Indians, in actuality the topos was as much about the European peasant, about the laws and norms concerning the forest and the field, which is what Europe largely was, as much as America, up through the 17th century in England and France. And of course all through the 19th century for much of Prussia and Austro-Hungary, Italy and Spain. The peasant was always considered a savage by the city intellectual – Engels called them simply stupid, idiots, clowns (a word for rustic in the 16th century, from, one school holds, colōnus “farmer, settler – from which comes, of course, colony) - and in Vienna, around 1900, intellectuals would say things like Vienna lives in the 20th century while Galician peasants live in the fifteenth.
I’ve been thinking about this as I’m reading Claudio Magris excellent study of Joseph Roth and the culture of exiles from the Ostjuden. It is from Magris book that I learned that Roth, who was born in a shtetl, wrote an impassioned study in 1927, Juden auf Wanderschaft, of the culture and immigration of Jews from the shtetl. It begins with thunderously excommunicating introduction that reminds me very much of the Black power high notes of the 1960s:
“This book waives all applause and approval, but also even the contradictions and criticism of those who disregard, disrespect, hate and persecute the Eastern European Jews. It is not turned to those Western Europeans who, out of the fact that they were born to elevators and toilets, deduce the right to make bad jokes about Romanian lice, Galician bedbugs, and Russian fleas. This book waives as well the “objective” reader, who with his cheap and sour good intentions squints at the East and its inhabitants from the shaky towers of Western civilization; lamenting, out of pure humanity, the lack of good sewage and out of fear of infection wants to imprison the poor immigrants in barracks, leaving the solution of a social problem to mass death. This book will not be read by those who deny their own father or grandfather, who through chance escaped from the barracks. This book is not written for a reader who will take it badly of the author that he treated the object of his study with love instead of “scientific empiricism”, which is another name for boredom. “
The kickass and risky gambit of telling off your reader from the first sentence – that is how you know you are reading a writer for whom books and molotov cocktails are interchangeable. Or at least, who knows that this is one circuit of exchange.
Magris’s book, which in French is Loin d’ou, hasn’t, I think, been translated from Italian to English. Too bad. It prods a thickly covered historical lacuna: under the murder of the European Jews there was a culture that we miss more and more today, a culture in which the dialectic between the prophet – the magghid – and modernity’s “symbol workers” was seeded with ways of thinking through an escape from the ruthless cruelty of the modern treadmill of production. This too was murdered.
at July 31, 2020