shame of the universities 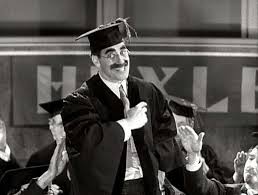 There’s been a lot of news about our elite universities lately. All of its been bad. Let’s do a rundown.
Tufts
On January 31, 2019, the Massachusetts Attorney General, Maura Healey, submitted a thick file to the court concerning the state’s case against the Sackler Family and Purdue Pharma, their private company. The suit takes cognizance of the fact that when the Sackler family began to market and distribute oxycontin, it did so with criminal disregard both for the way its delivery system could be easily hacked and with previous protocols about the administration of opioids for pain cases. This is well known. Less well known is the memoranda concerning the role Tufts university played in credentialing Purdue Pharma’s “philosophy” of pain management, ie credentialing propaganda for pushing the drug on millions of Americans via doctors.

Tufts, it seems, had developed a synergy with the Sacklers. After getting millions in Sackler money, Tufts was happy to allow Purdue personnel, like Dr. David Haddox, to lecture at the School of Medicine’s pain center. The brunt of Haddox’s lectures was that oxycontin was not addictive. Another Tufts professor, Dr. Daniel Carr, according to Stat magazine, which does investigative journalism in healthcare, reviewed the bountiful relationship Tufts had with the Sacklers in 2009 – after, one recalls, the first courtroom case against Purdue in Virginia in 2007. Carr founded the Sacklers wonderful, and he was able to make his views known at the Pain Center first as a faculty member and then as a director. Like the Sacklers, who apparently schemed to double their money with an anti-addiction drug that would parallel oxy, Carr jumped from propagandizing for the family to organizing conferences on addiction.
Given the gravity of the charges against Tufts, Tufts administrators have decided to investigate themselves. Who knows what they will find?
MIT
MIT ended an exciting year in 2018 when it also investigated itself. This happened after Jamal Khashoggie was dissected in vivo under the order of Prince Mohammed bin Salam. MIT had gladly given itself as a PR site for bin Salam’s tour of America, where no questions were asked about bin Salam’s strategy of starving to death the population of Yemen. After the investigation, MIT was satisfied that it had no reasons to cut ties with the Saudis.
This year, in fact last Friday, we learned a little something about the famed MIT AI laboratory and its director, the late Marvin Minsky. We learned that as a guest and friend of Jeffrey Epstein, Minsky, 76, was introduced to one of Epstein’s girls, 17, and had sex with her. Also called statutory rape. But this story, sensational as it is, rather disguises the fact that Minksy organized a couple of conferences on Epstein’s island even after he was convicted in 2008 of “soliciting” an underaged “prostitute”. Now a question one might want to pose, here, is what kind of setting is this for women in AI? Is it, perhaps, slightly, oh just slightly, discriminatory? Or did that matter because all the attendees were men? Here’s an account of one of the conferences from an attendee:

“Epstein’s former neighbor, the psychologist and computer scientist Roger Schank, describes another such event that he attended: a meeting of artificial-intelligence experts, organized by Marvin Minsky and held on Epstein’s island in April 2002. “Epstein walks into the conference with two girls on his arm,” said Schank. The scientists were holding their discussions in a small room, and as they talked, “[Epstein] was in the back, on a couch, hugging and kissing these girls.”

Harvard
Harvard, of course, just keeps popping up in the Jeffrey Epstein narrative. But no larger questions seemed to be asked. So let’s broaden the scope.
Epstein gave his largest donation to Harvard in 2004. Who was president of Harvard in 2004? Larry Summers. Summers, it appears, was a plane mate of Jeffrey Epstein, and perhaps they talked about sex roles – after all, Epstein seemed to like to talk about how he’d like to inseminate a suitable 20 women with his genes on his New Mexico ranch. Whatever. In 2005, Summers got in trouble for suggesting that perhaps women are genetically deficient in mathematics in relation to men. He then proposed that women couldn’t be discriminated against in science at Harvard, for then they would go elsewhere, and in the perfect market of academia Harvard would lose out.